Did somebody say Patti Smith and endless tacos?

This weekend, fuel up with pork belly eggs benedicts and micheladas for brunch before heading to a vegan taco war, enlisting your dog in a game of musical chairs or dancing among the trees for an evening of techno and art in the botanical garden. Both Pasadena and Glendale are throwing shindigs to help you get to know your neighbors, but if you need to get out of town, head to the desert for a celebration of modern architecture and design in Palm Springs. Get into the Halloween spirit at Screamfest Film Festival for blood-drenched screenings, hit up Paramount Studios for an eerie backlot tour or throw on a costume and bomb down to the OC for Beach Goth music fest. It’s all happening, Los Angeles!
Get Citizine Updates Here

KCRW’s Left, Right and Center LIVE!
Let off some steam after Wednesday’s debate by unraveling and dissecting what is perhaps the strangest presidential election we’ll see in our lifetime.  Any fan of KCRW will be familiar with this extremely popular, tenacious and often funny political radio show where weekly debates ensue from the left, right and center of the political divide. Your host for the evening, Senior Editor of Business Insider Josh Barro will moderate and make sense of the circus before election day on Nov 8.
Deets: 6:30 p.m. doors & cash bar, 7:45 p.m. show; The Theatre at Ace Hotel, Tickets $15-$15 HERE
Haven’t registered to vote yet? What the hell are you waiting for? Get on it before October 24th HERE 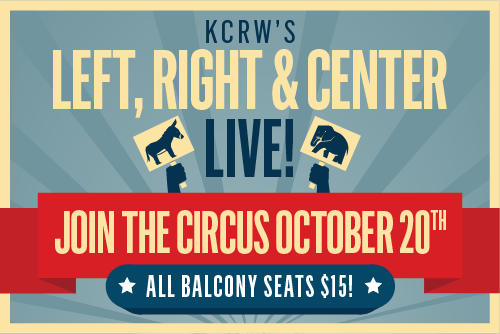 Image courtesy of The Theatre at Ace Hotel 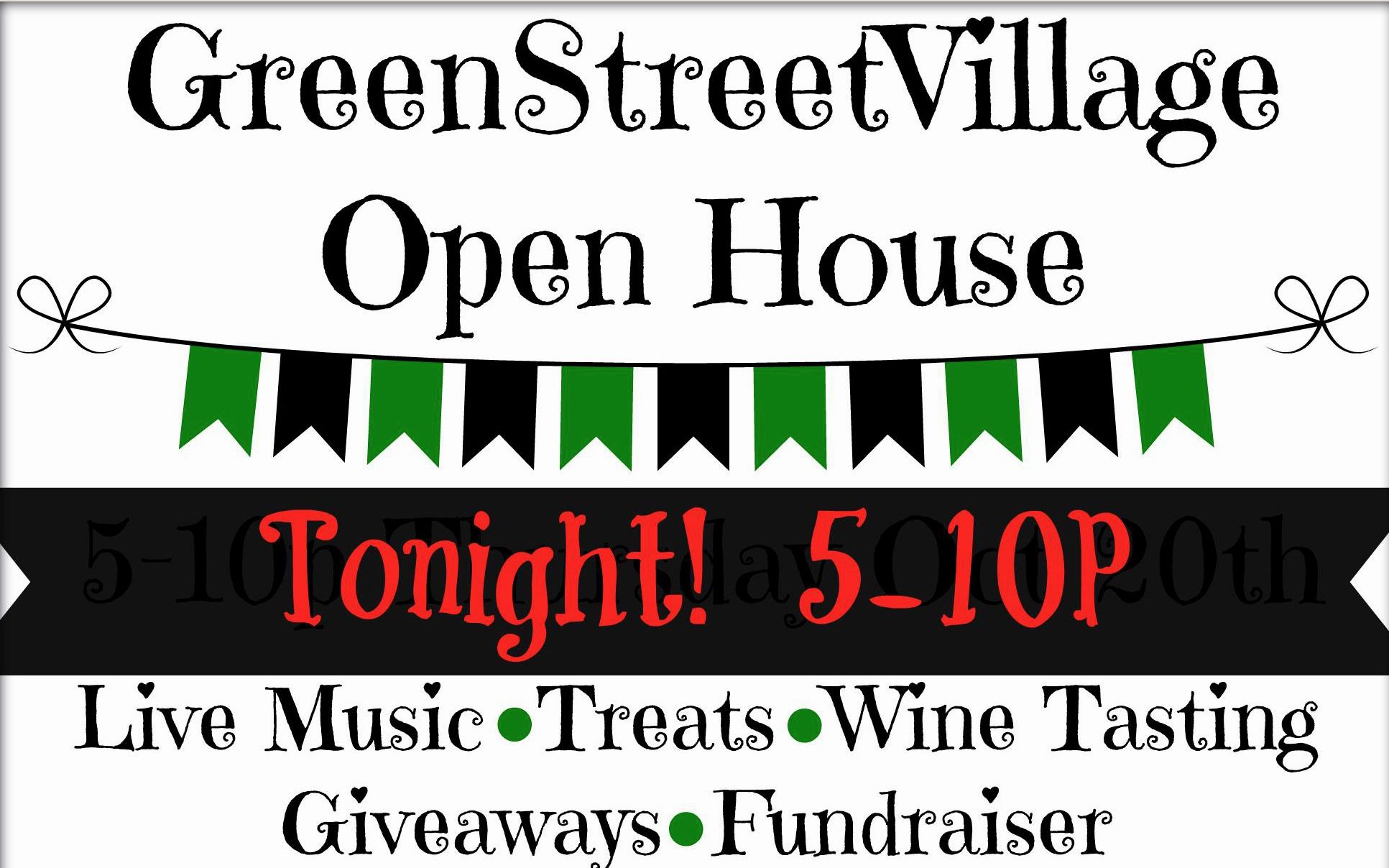 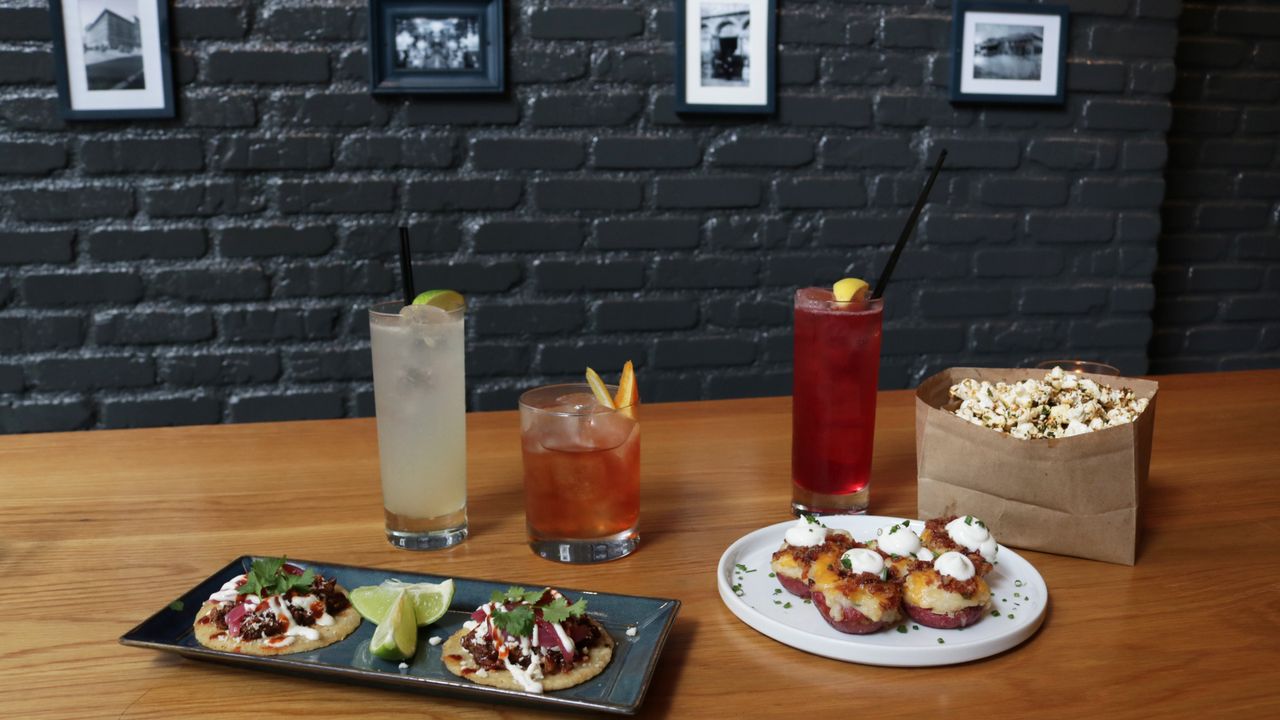 Screamfest Horror Film Festival
Returning to Hollywood for its 15th year, the festival that discovered Paranormal Activity has another chilly program lying in wait with horrifically distressing feature length, short and student films to get you psychologically twisted just in time for Halloween. There’s  also some special programming on offer such as Friday night’s free screening of the new Fox TV series, The Exorcist, starring Geena Davis and with an afterparty at Sid’s Bar in the theater’s lobby. But do RSVP for that!
Deets: TCL Chinese Theatres; Full program and tickets HERE

Brunch at Salazar
Everyone’s new favorite Frogtown sunbathing patio has realized that yes, breakfast is a big hit and has extended its weekend brunch to Fridays so that you can flip work the bird and start the weekend early. Prepare yourselves for breakfast sandwiches, seafood tostadas (with shrimp, snapper and crab), crispy pork belly egg benedicts and plenty of veggie options. If you’re not feeling up to slamming back one of their incredible Micheladas, there’s always Stumptown coffee or selected juices from Juice Served Here.
Deets: Friday, Saturday and Sunday; 10 a.m. - 3:30 p.m.; Salazar; Take a gander at their website for a dose of unparalleled design HERE 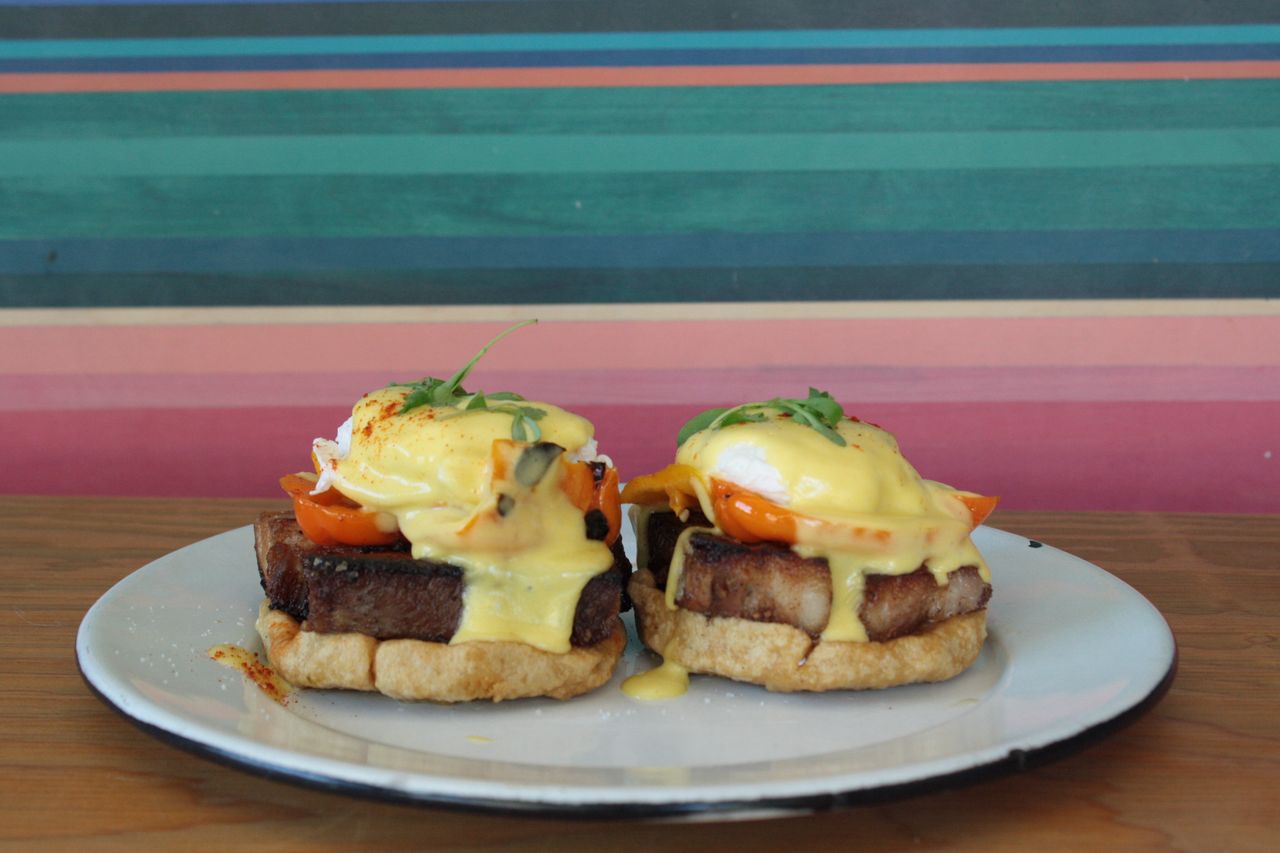 An Evening of Techno-Botanical Art in the Garden
Yes, we know you’ve been thinking all week: “Man, what I really need is a solid techno arboretum party,” and guess what, we delivered. Well, LA county did. They’ve invited a group of contemporary artists to project animation, light and sound onto the botanical garden in Arcadia with themes as vastly different as invasive exotics and Chinese poetry and coupled with live music, a no-host bar and food trucks aplenty.
Deets: 6 - 9 p.m.; Los Angeles County Arboretum and Botanic Garden; Tickets $10 members, $16 general public, children’s prices also available. Tickets HERE. 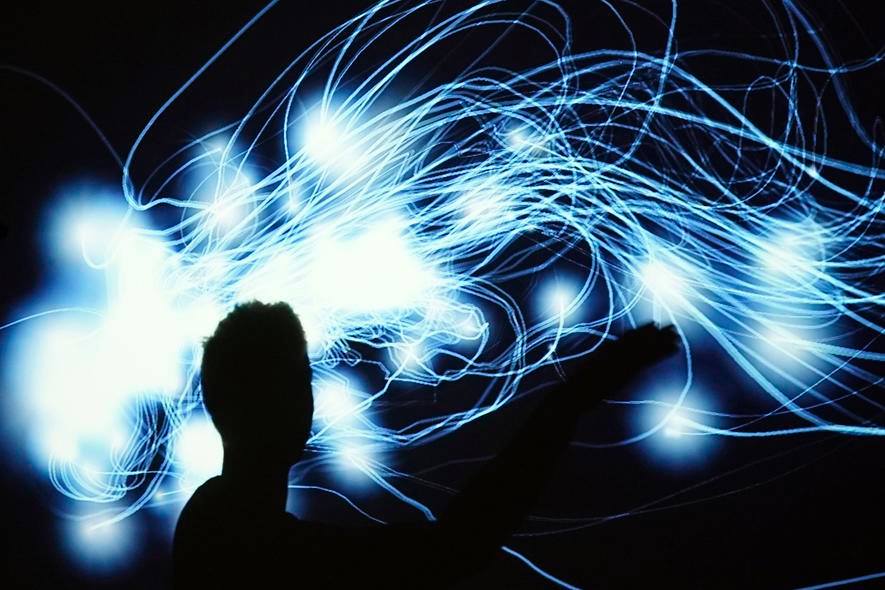 Paramount After Dark Tour: Tales From the Other Side
Paramount Studios’ regular After Dark Tour takes a bleak turn with a Halloween-inspired twist: Tales from the Other Side. Start at dusk with a tipple of champagne for some Dutch courage then embark on a Hollywood tour like no other, leading you from the darkest tales of the backlot through to the graves of the adjacent Hollywood Forever cemetery.
Deets: Tours from 7:30 p.m. through 8:45 p.m.; Paramount Pictures Tour Center; Tickets $99 HERE; 16+; Complimentary parking;Runs until November 5 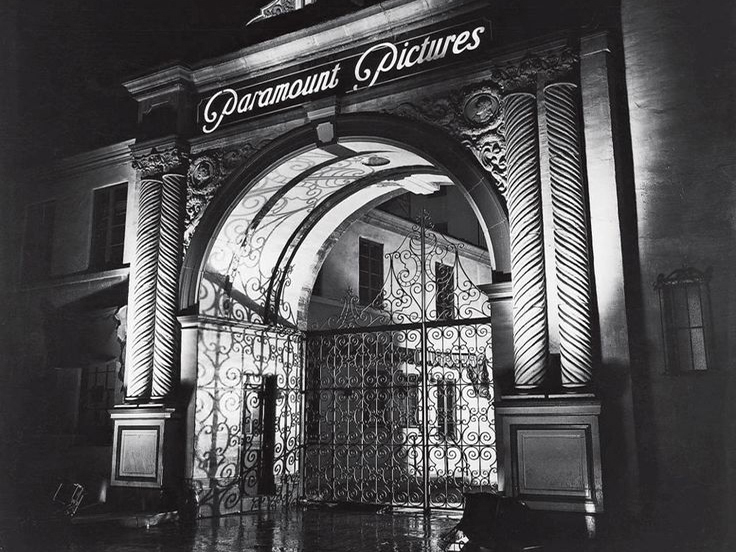 Modernism Week Fall Preview
Palm Springs’ mini-Modernism Week kicks off their fall social calendar with a selection of the best events from their signature February festival that celebrates the region’s iconic architecture and design. There will be architectural walks, bike tours, cocktail parties, home tours, lectures, classic cars, a modernism Show and tours of the iconic Sunnylands estate. This one may be a little further in the car but with desert weather peaking at 96 degrees this weekend, why not get more mileage out of that $300 bikini and head to the Springs for a little getaway?
Deets: Palm Springs and surroundings; More info and tickets HERE 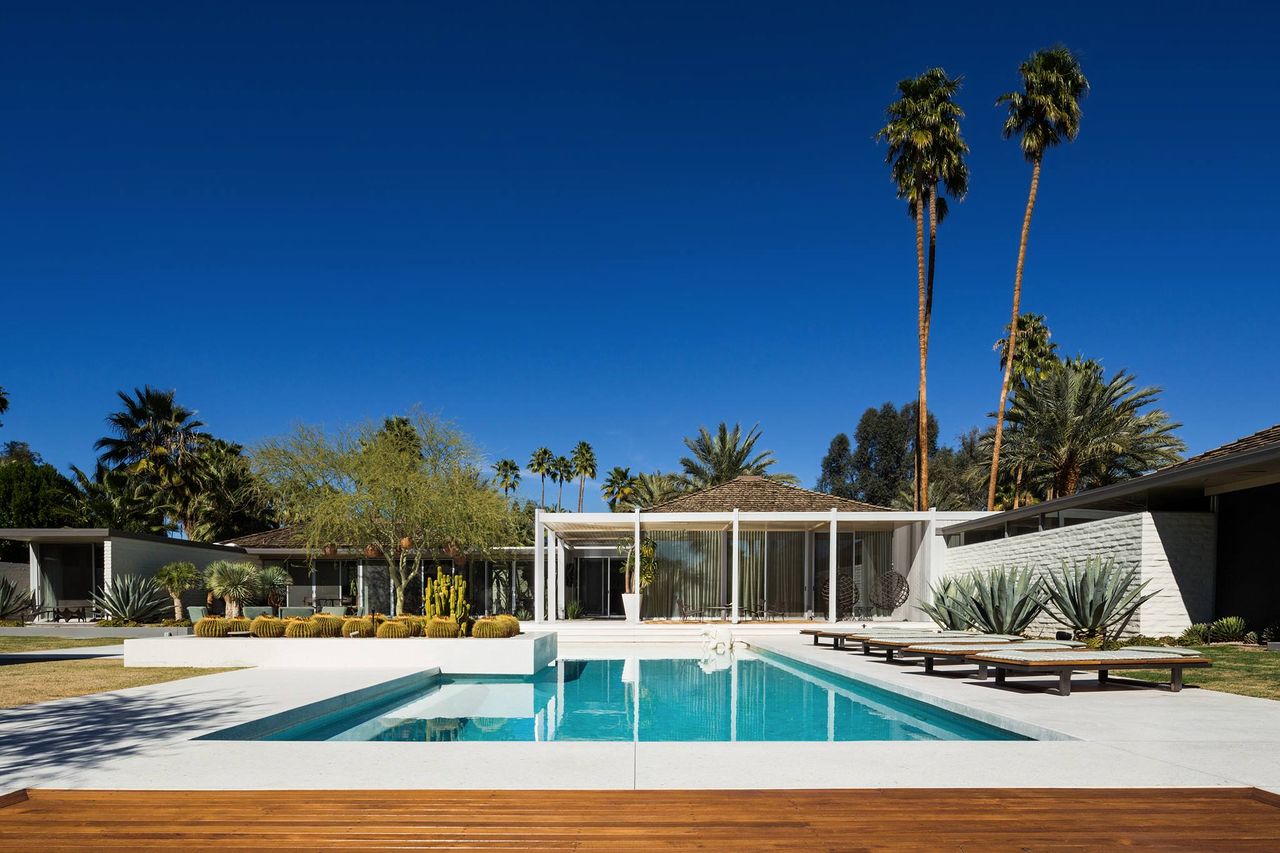 The Diversity in Comedy Festival at Second City Hollywood
Celebrating the diversity of Los Angeles and giving a platform to voices that may not always get heard, Second City’s shiny spankin’ new festival offers an opportunity to explore race, sexuality and identity through a dignified and hysterical line-up of talent. They also have some great diversity panels with creatives from TV and film in addition to  $20 workshops (bargain!) delving into sketch comedy basics and character development.
Deets: The Second City Stage, 3 Arts Stage & The Hollywood Improv; For tickets, click on an individual show or venue HERE 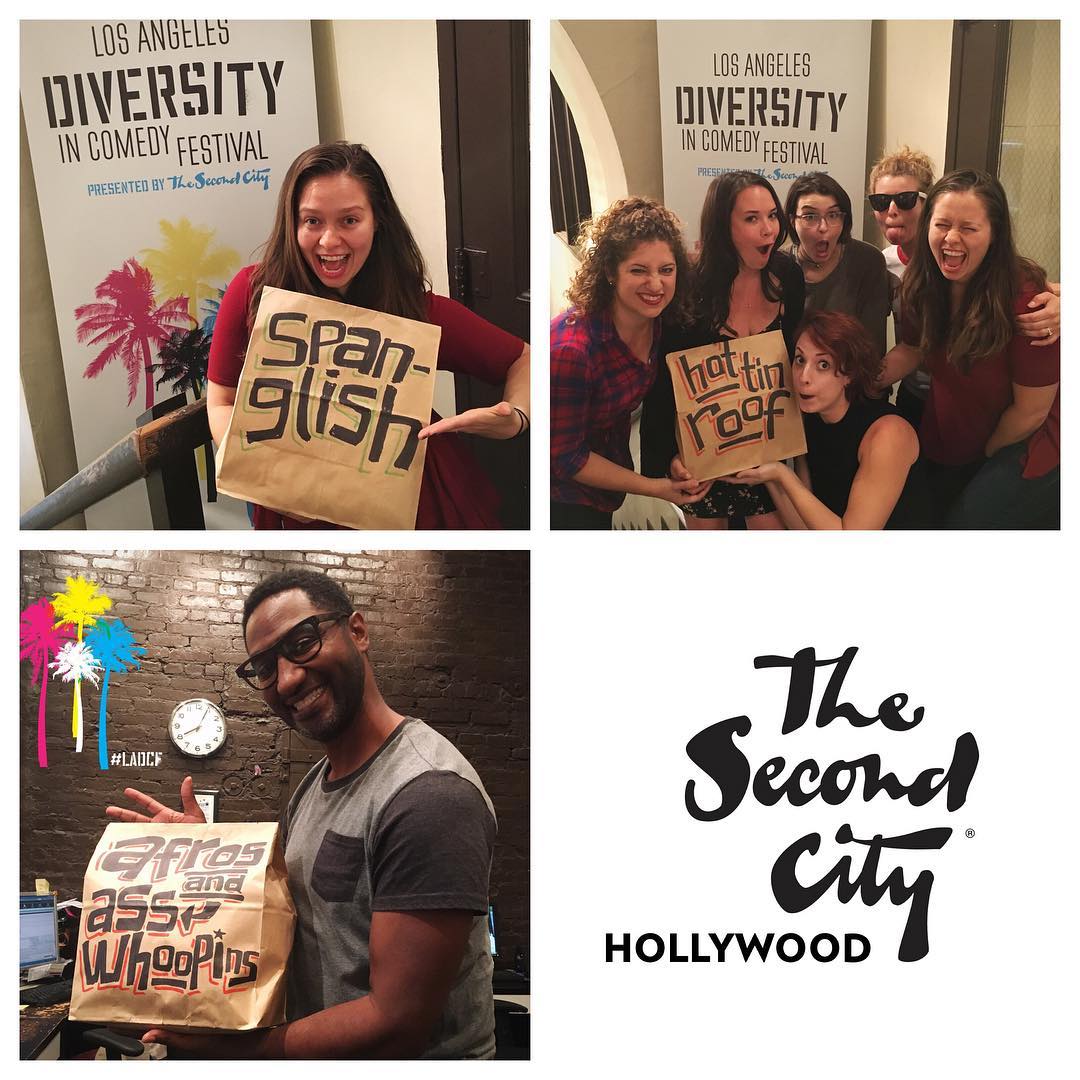 LA’s Best Vegan Taco Competition
Nine taco chefs will fight it out at vegan mecca, Cafe Gratitude, to earn the title of LA’s best vegan taco. As you might imagine, it will be raining tacos, and kombucha, cold brew and cold beer will be widely available. All profits go to the Humane Society of Los Angeles. With unlimited tacos, the real winner here is you. Just don’t ask for carne asada.
Deets: Noon - 3 p.m.; Cafe Gratitude Larchmont; $20 gets you unlimited tacos and drinks; Tickets HERE 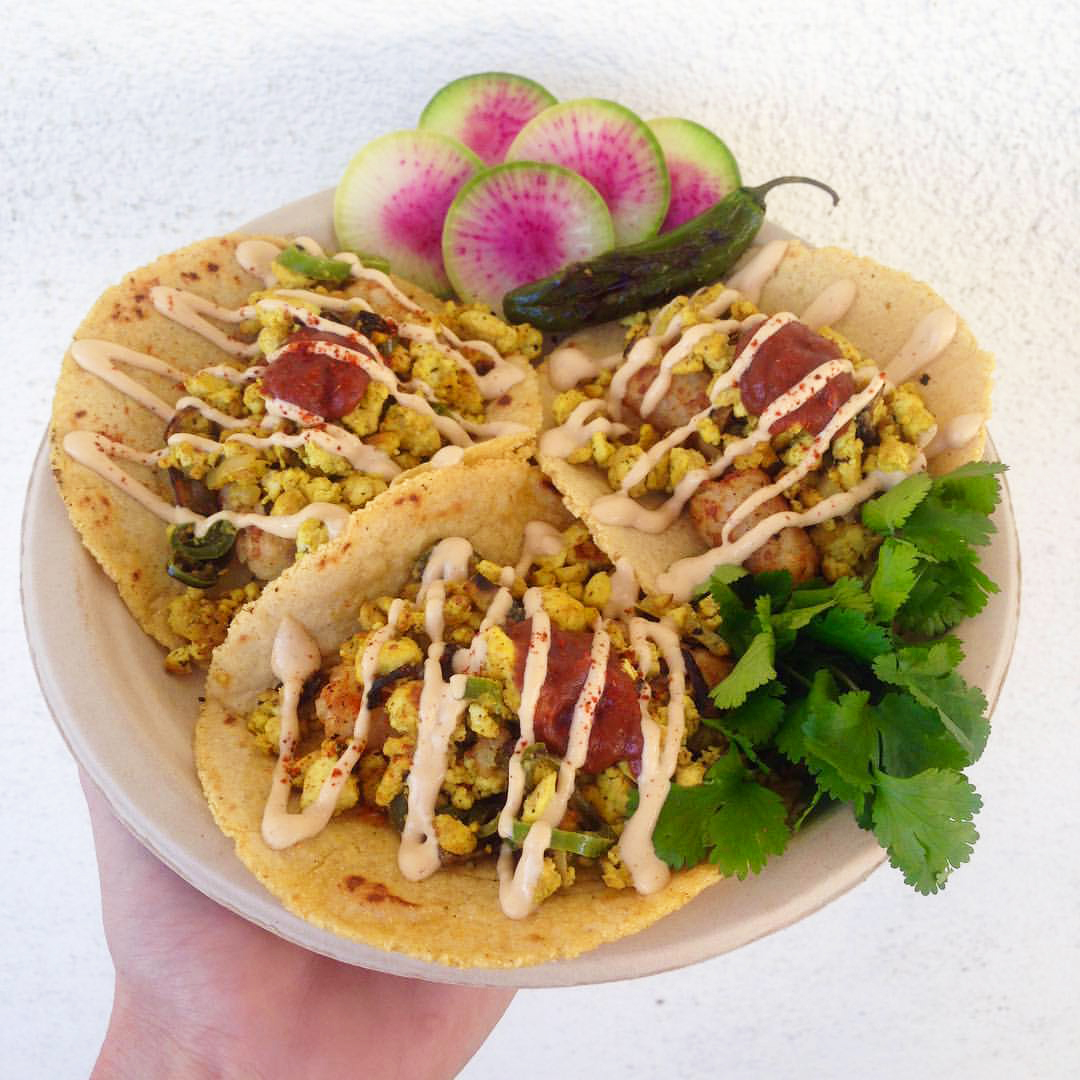 Strut your Mutt
Get outside with your real best friend this weekend for a good cause as Strut your Mutt returns with interactive games and activities for your furry sons and daughters ... and the rest of the family. This year, the organization is trying to raise $700,000 for LA’s homeless pets and you can also help by doing your own fundraising prior to the event. Take your pup for a walk, or stay at home base where you can expect dog talks, training demos and even doggie musical chairs. The event starts on the lawn outside of the Natural History Museum.
Deets: Registration from 7 a.m.; walk begins at 9 a.m.; Natural History Museum; Full info HERE

Image courtesy of Strut Your Mutt

City Beats at FIGat7th
The final week of this season’s City Beats pairs Citizine’s favorite DJ, Anthony Valadez, with the Colombian Vallenato sounds of Very Be Careful and the eclectic beats of Inglewood-native DJ Sloepoke. There will also be a post-performance meet-up so you can get some solid advice for your Halloween party playlist.
Deets: 4 - 6:30 p.m.; FIGat7th; FREE; More Info HERE
Read Citizine’s interview with Anthony Valadez about his favorite LA music venues HERE ... 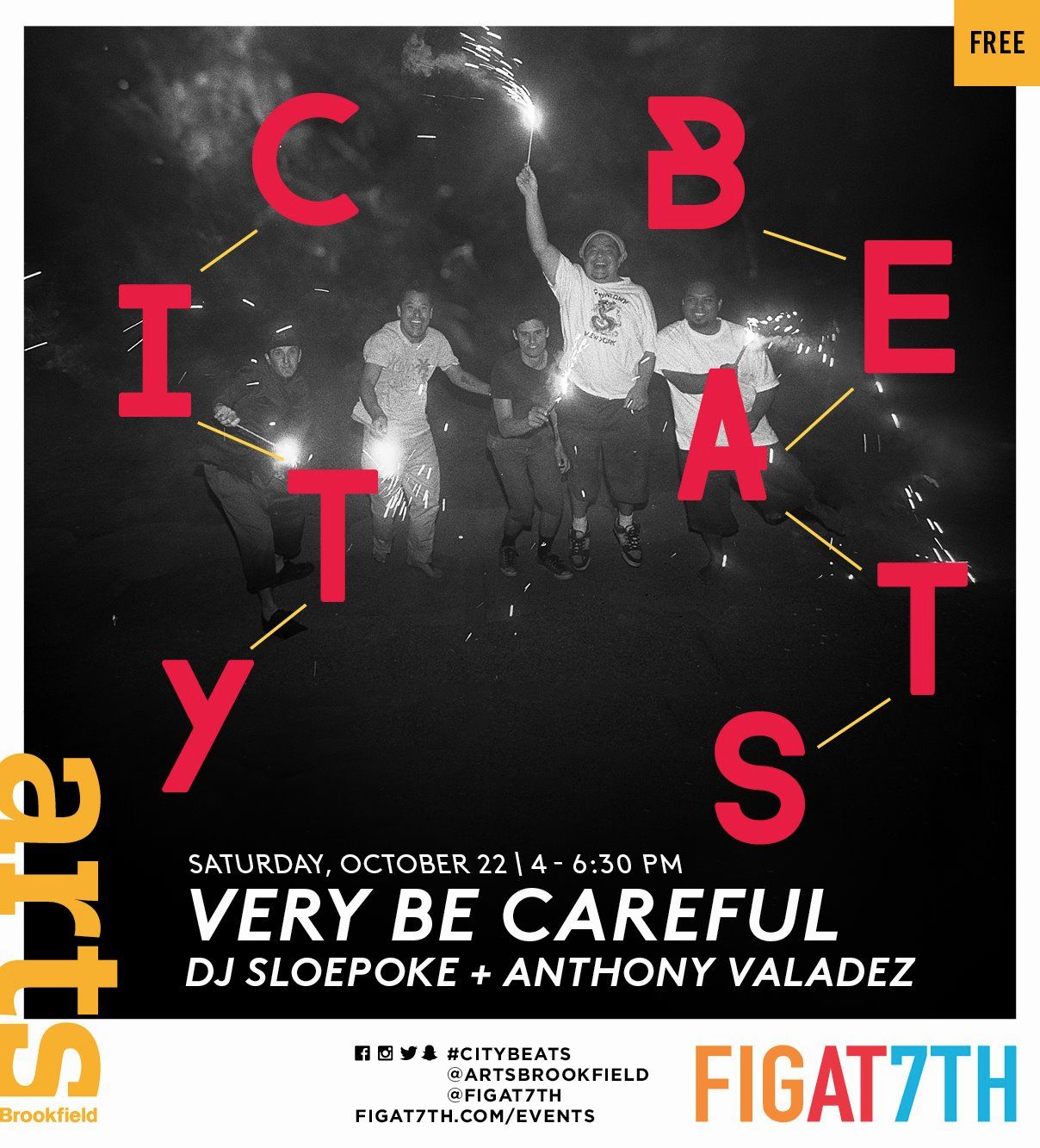 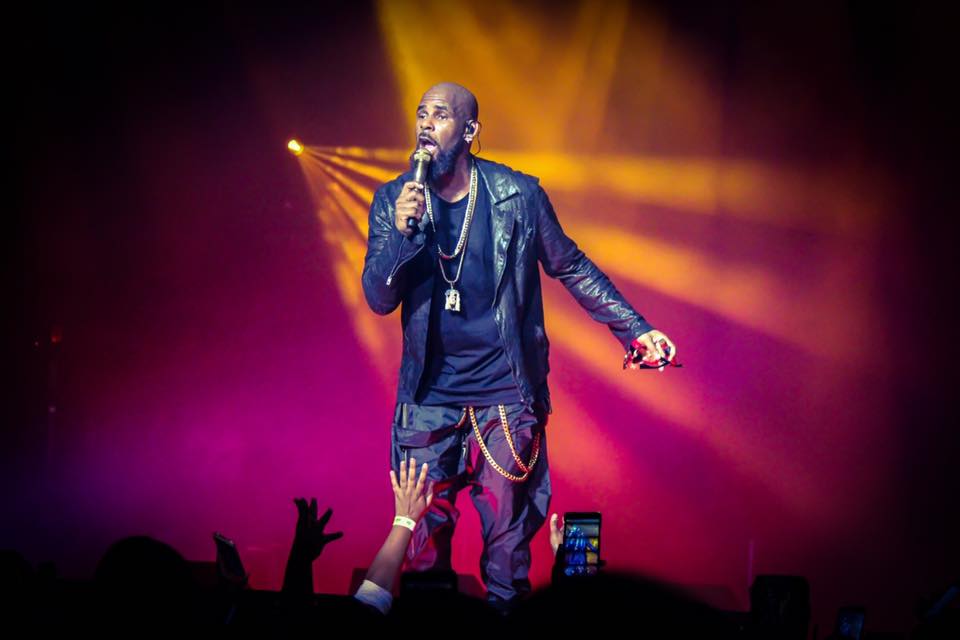 Beach Goth
Perhaps the most uniquely SoCal music fest, Beach Goth in the OC is coming in hot this weekend for its fifth year in a row.  Curated by The Growlers, everyone’s favorite local surf-rock band whose sound was once labelled as “Beach Goth,” the line-up this year is intense — Bon Iver, Patti Smith, Spooky Black, Gucci Mane, The Pharcyde, Violent Femmes, TLC, Gang of Four and oh so many more. The Growlers will play both nights. As always, expect some killer costumes — it is, after all, one massive hipster Halloween party.
Deets: The Observatory Grounds; Single day tickets from $99, 2-day available; More info and tickets HERE

Glendale Block Party
The first ever Brand Boulevard Block Party kicks off this Sunday to celebrate community and the up-and-coming culinary scene of the area. Speaking of food — Golden Road, Lemonade, Shake Shack, The Pie Hole, Jeni’s Splendid Ice Creams and Frida Mexican Cuisine are just some potential suitors who are willing and able to impregnate you with a food baby. There will also be live music by the 80s tribute band, Wayward Sons, and plenty of wine and beer tasting to boot. I challenge you to stay still when the Bon Jovi riff kicks in.
Deets: 5 - 8 p.m.; Brand Blvd between Colorado St and Caruso Avenue; 21+; Tickets $50 HERE or $60 at the door; Ticket includes tastings from all participating restaurants, brewery and wineries.

Image courtesy of The Americana at Brand