This weekend is all about the newest shade of Angeleno blue

Now that Friday is coming into view, it's time to plan your weekend. You can reboot your childhood with a sandcastle competition of epic proportions, arts and crafts under the stars or the grand re-opening of a drive-in movie favorite. If you’re not feeling nostalgic, Silversun Pickups (our local favorites) are playing the Palladium, there’s a brunch convention going down and you can ride your bike in crazy eights down car-free streets. Whatever you choose, get rowdy, because the Rams are playing the Cowboys, and it’s the first time we’ve had a football team in 22 years!

Paints & Pints
Take a trip back in time to your favorite middle school art class, then add beer! If you lacked creativity back then, the pint might loosen your creative energies. Your ticket price will go towards arts programs in underserved SoCal schools and boom, you’ve nailed your weekend philanthropy before Friday.
Deets: 7 p.m - 9 p.m., The park at The Grove, $50 gets you sliders, craft beer, wine, a Blue Ribbon Sushi hand roll bar, a custom cocktail, complimentary valet at The Grove, a raffle ticket and a painted tile coaster. Buy tickets HERE. 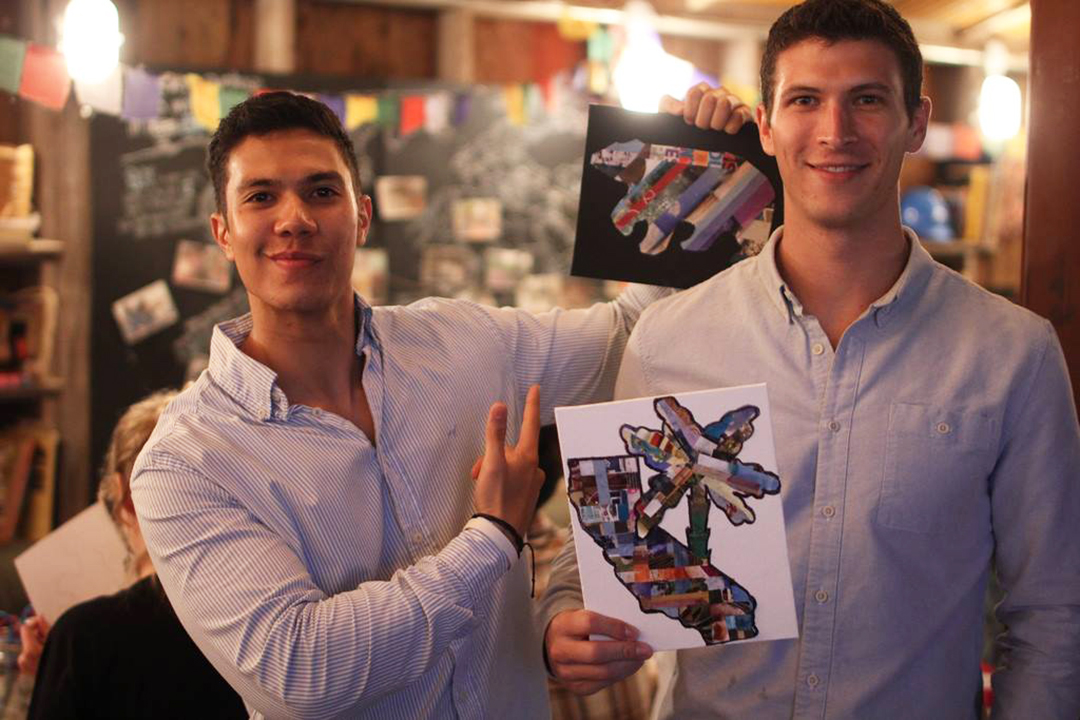 Sundance in LA
If you didn’t make it to Park City back in January, then here’s your second chance to get in on the Sundance scene and make like you and Bob Redford go way back. Sundance Next Fest presents six LA indie premieres as well as a showcase of short comedy films. Each screening is coupled with a musical act, live performance or film chat.
Deets: Friday - Sunday, The Theatre at Ace Hotel DTLA. Check out the program and buy tickets HERE. 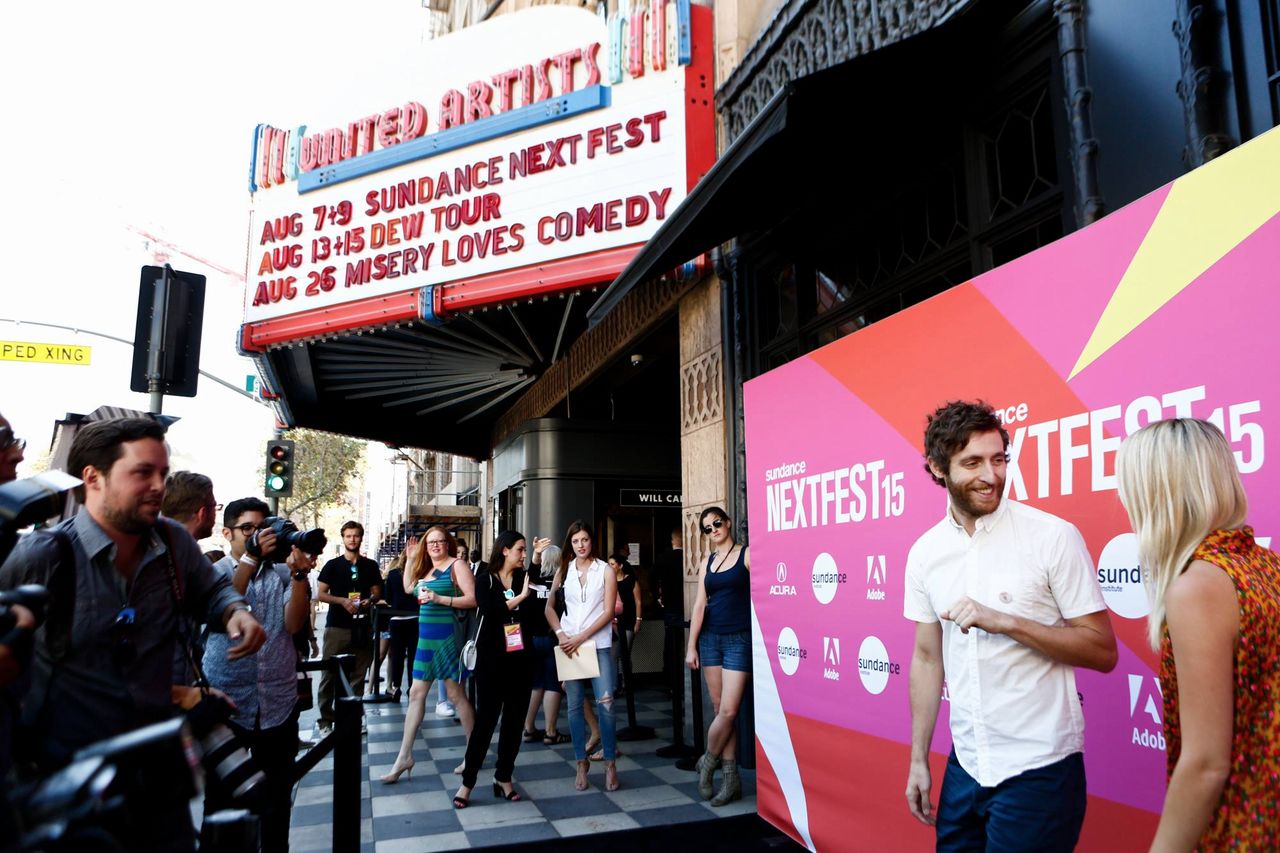 Up Next! Image courtesy of Sundance Film Festival

Travis Scott Album Launch Party
This Friday promises to be bigger and better than the last for Travis Scott, who failed to deliver his promised new album, Birds in the Trap Sing McKnight, on August 5. Now, he’s promising to drop the album this Friday and celebrate with a massive free launch party somewhere TBD in LA. Apple Music will be throwing down, so it shouldn’t be too shabby.
Deets: Email: rsvp@dotwavparty.com for more details and to secure your spot. Highsnobiety has more info HERE. 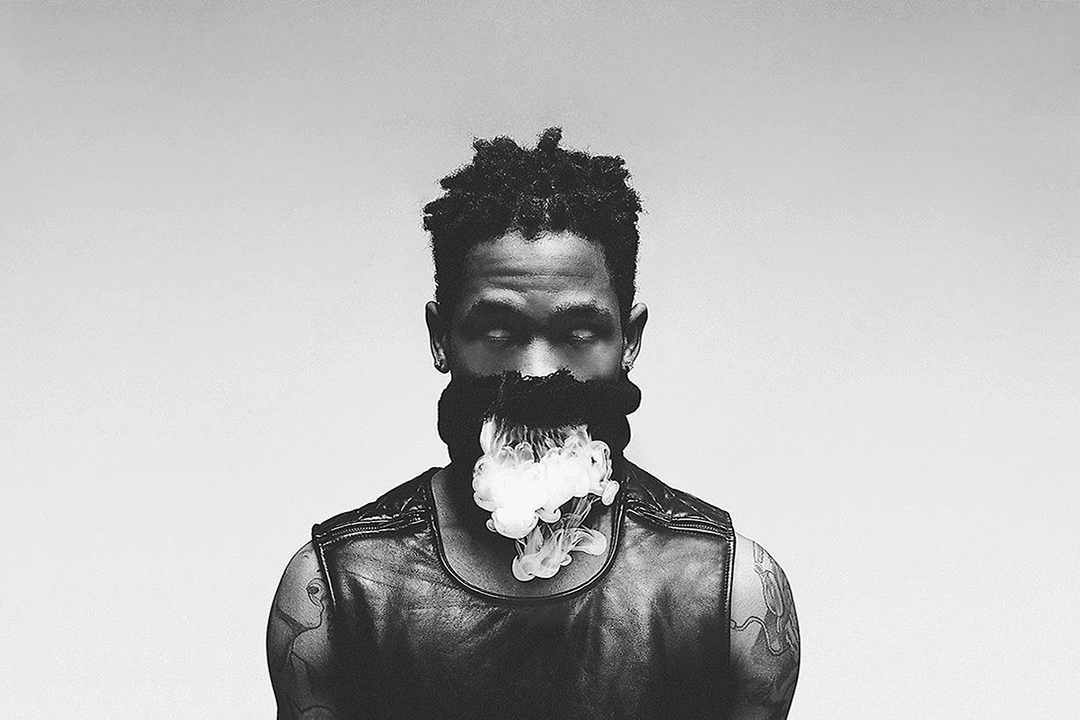 Silversun Pickups
Silver Lake’s favorite offspring, Silversun Pickups, will hit the Palladium this weekend before embarking on a world tour for their new album, Better Nature. You can celebrate as they once did, by hitting up the Silversun Liquor store for a frozen burrito and some beer, or ... make your way to their show to get your fill of their signature distorted guitar and haunting vocals.
Deets: 7 p.m., Hollywood Palladium. Tickets range from $30 - $100. Get them HERE. 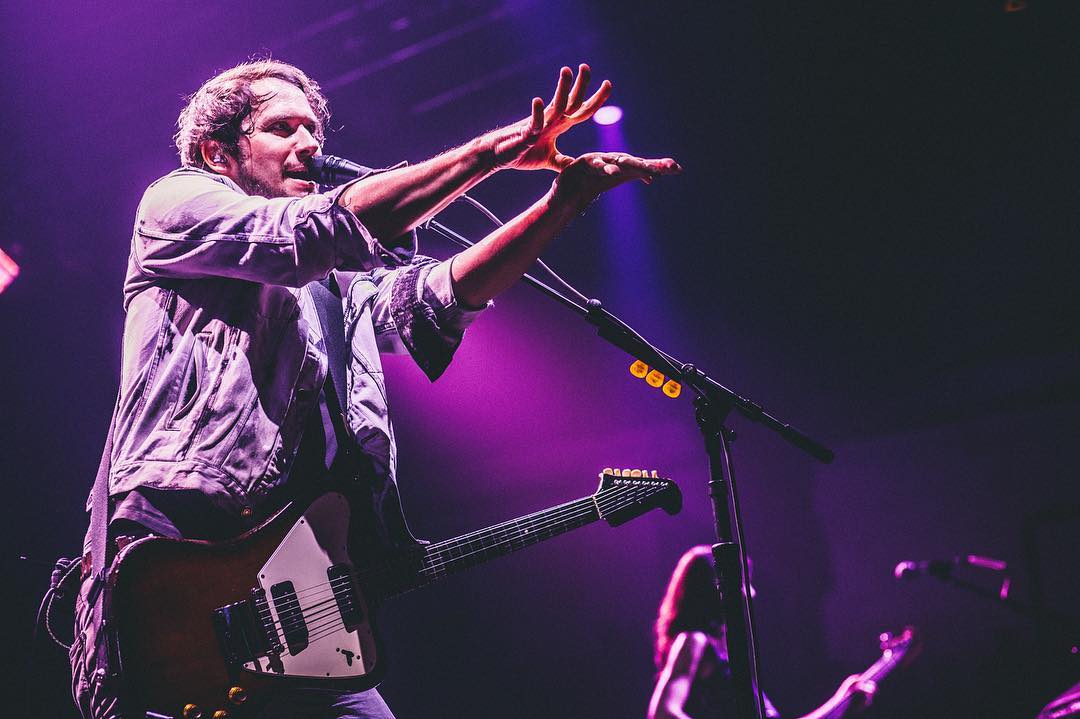 LA Rams vs. Dallas Cowboys
You’ve waited 22 years for a team, Los Angeles, so get your asses down to LA’s former Olympic stadium and support your newest boys in blue as they open the NFL preseason against the Dallas Cowboys. You know what they say ... a sports team is only as good as its fans. Give me an R ...
Deets: Kick-off is at 5pm (PDT), Los Angeles Memorial Coliseum, Tickets still available HERE.
Are you also wondering why the Rams are named after horned sheep? We propose a better alternative ... 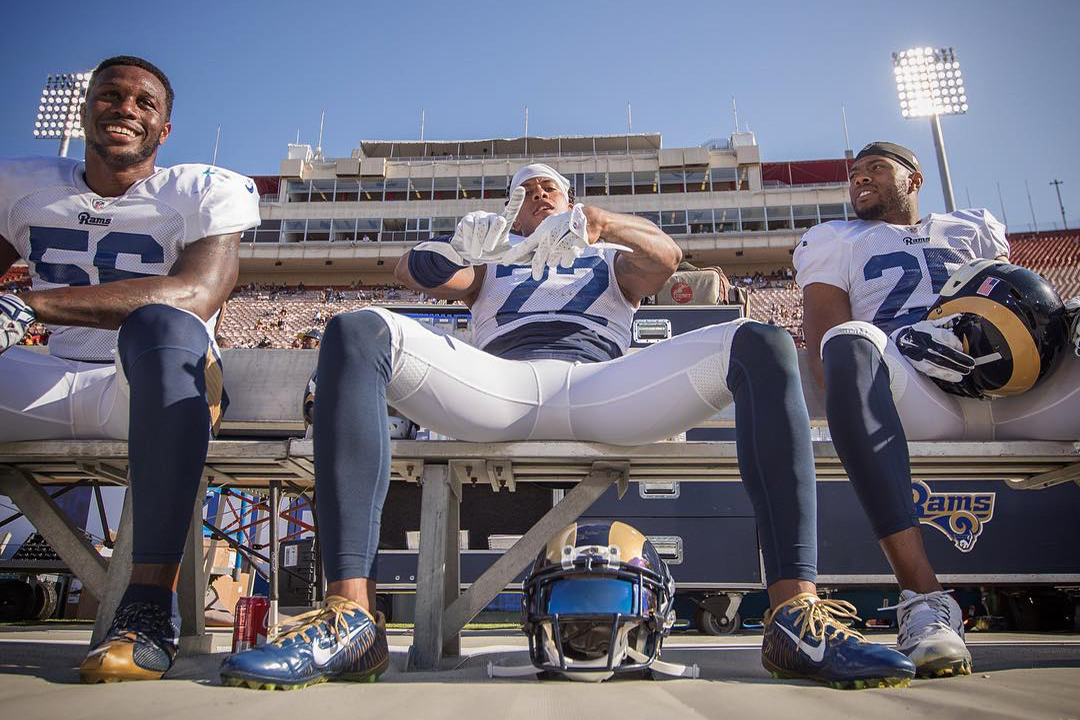 LA in the house! Image courtesy of @rams

Stranded at the drive in, branded a fool
If you’ve never experienced the old school vibe of a drive-in movie, then you're in luck. The Electric Dusk Drive-In is re-opening in a new Atwater Village location complete with a retro snack shack and astroturf plots (if you prefer to get out of the car). Opening night will kick off with Meryl and Anne one-upping each other in The Devil Wears Prada.
Deets: 6:30 p.m., ESAT High School campus, $7 with promo code HERE
While you’re in the hood, visit Salazar for a taco and some tequila. 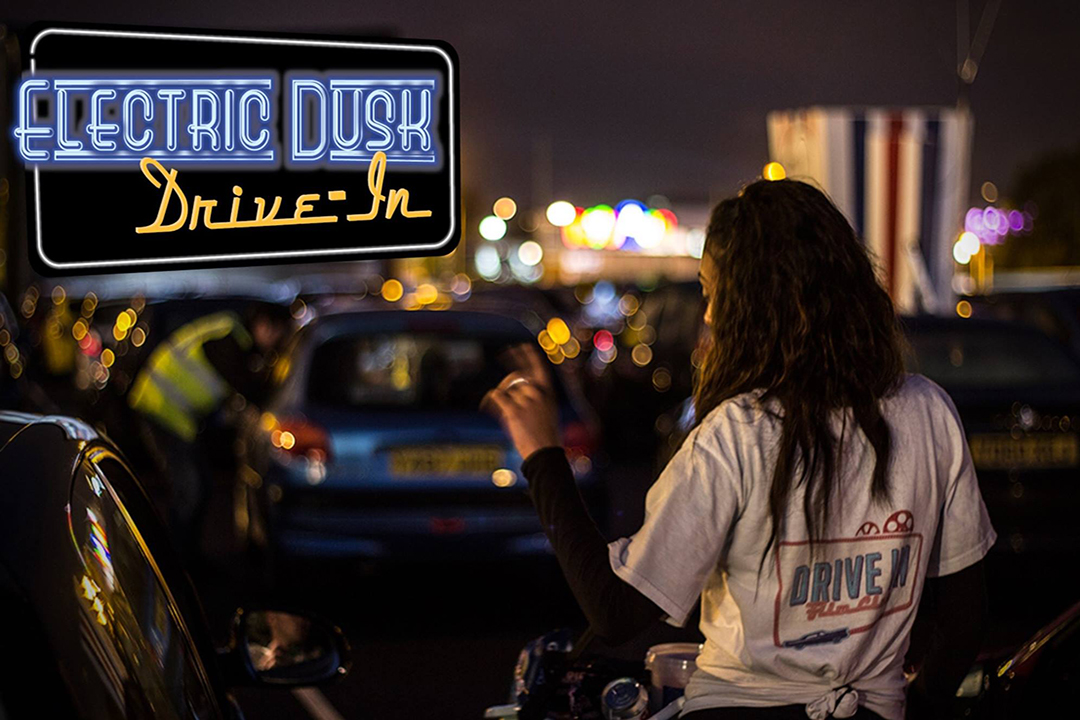 84th Annual Sandcastle Competition
Head to Long Beach this weekend for a two-day homage to your childhood dream: to build the raddest sand castle humanly possible. There will be masterpieces from world-class pros, a semi-pro sculpt-off as well as a community competition, food court, vendors, live music, a kid zone and most importantly, a bar on the beach. Stroll the sand in bewilderment or sign up as a team to see if you’ve still got what it takes.
Deets: Saturday: 10 a.m. - 7 p.m.; Sunday: 9 a.m.- 6 p.m.; 1 Granada Ave Long Beach, FREE, More info HERE. 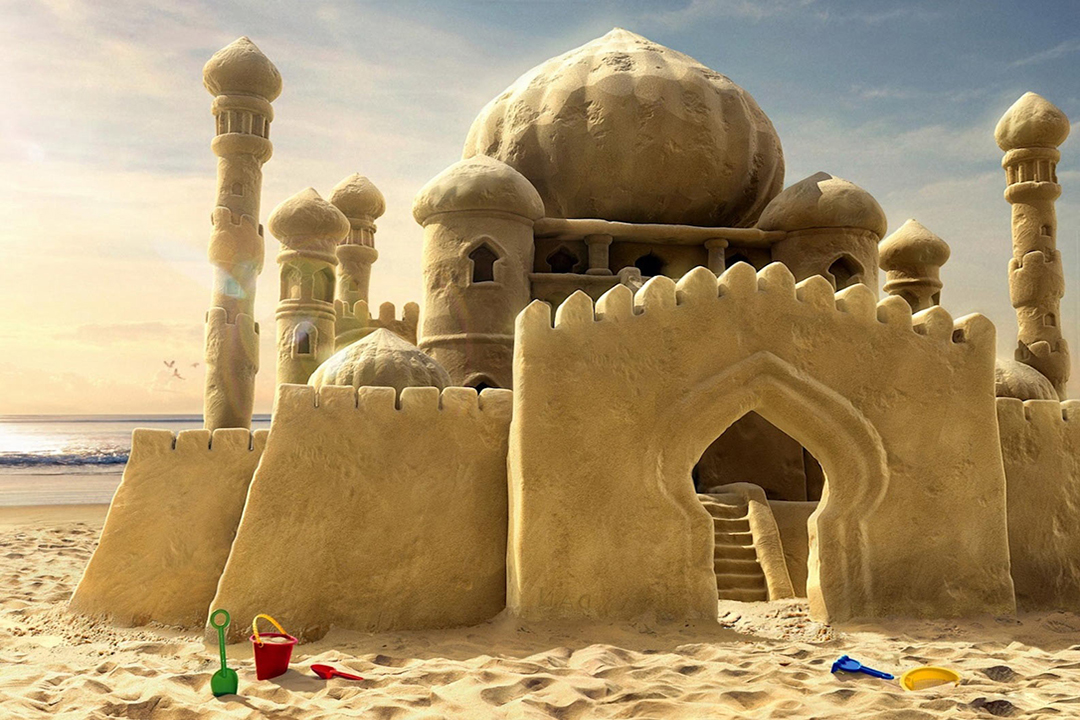 The Endless Summer Brunch
With conventions for everything from horror to furry fandom, it was about time we had one dedicated to our favorite sport—brunch. Our prayers have been answered with BrunchCon—because who doesn’t want a day-long festival dedicated to eggs benedict, french toast, waffles, mimosas, Bloody Marys and so on. Attendees get to enjoy boozy beverages, brunch tastings from local restaurants and celeb cooking demos. Oh, and there’s also a Hangover Lounge (think hangover curing cocktails, greasy food, no light and lounging) and Brunch Speed Dating! We’re in if you are.
Deets: 9 a.m. - 3 p.m., The Reef  DTLA, Tickets range from $29 - $99, Get them HERE 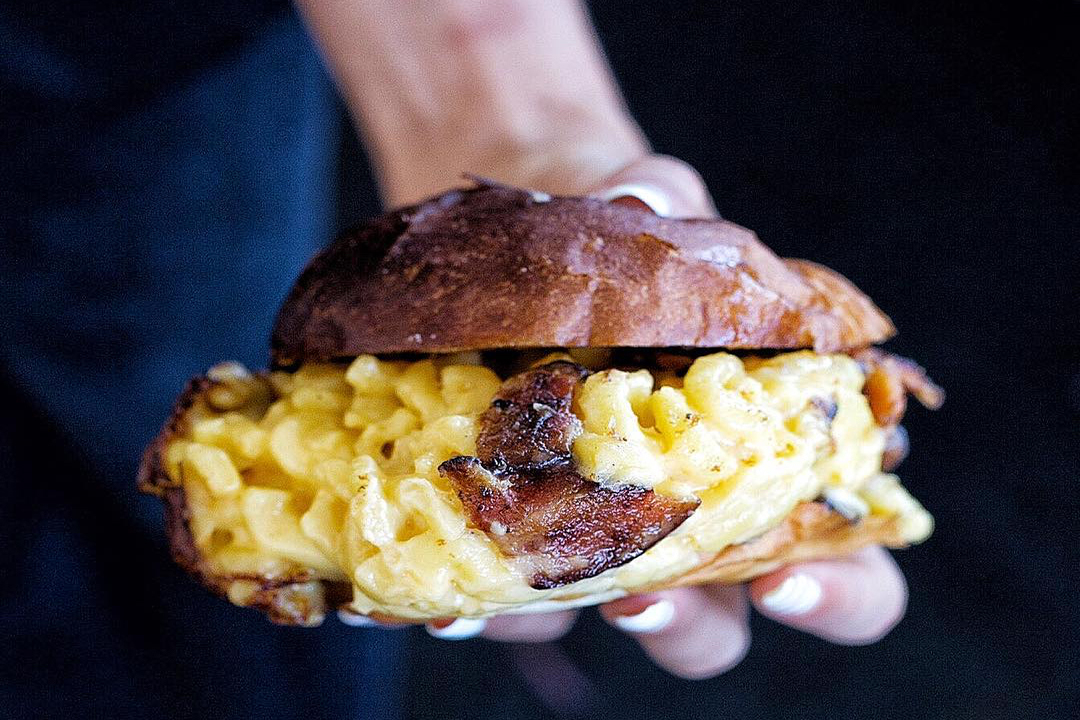 Rolling With the Homies (and CicLAvia)
The country’s biggest open streets event rolls back into action this Sunday on Wilshire.  CicLAvia is shutting down the streets so joggers, skaters, hula hoopers and cyclists can safely make their way down down LA’s iconic boulevard. Whatever you do, please pronounce Wilshire like a proper Angeleno.
Deets: 9 a.m. - 4p.m., Pick your starting point: Wilshire & Western in Koreatown or Wilshire & Grand in DTLA, FREE but you should donate $18 to help keep CicLAvia rollin’. More info HERE. 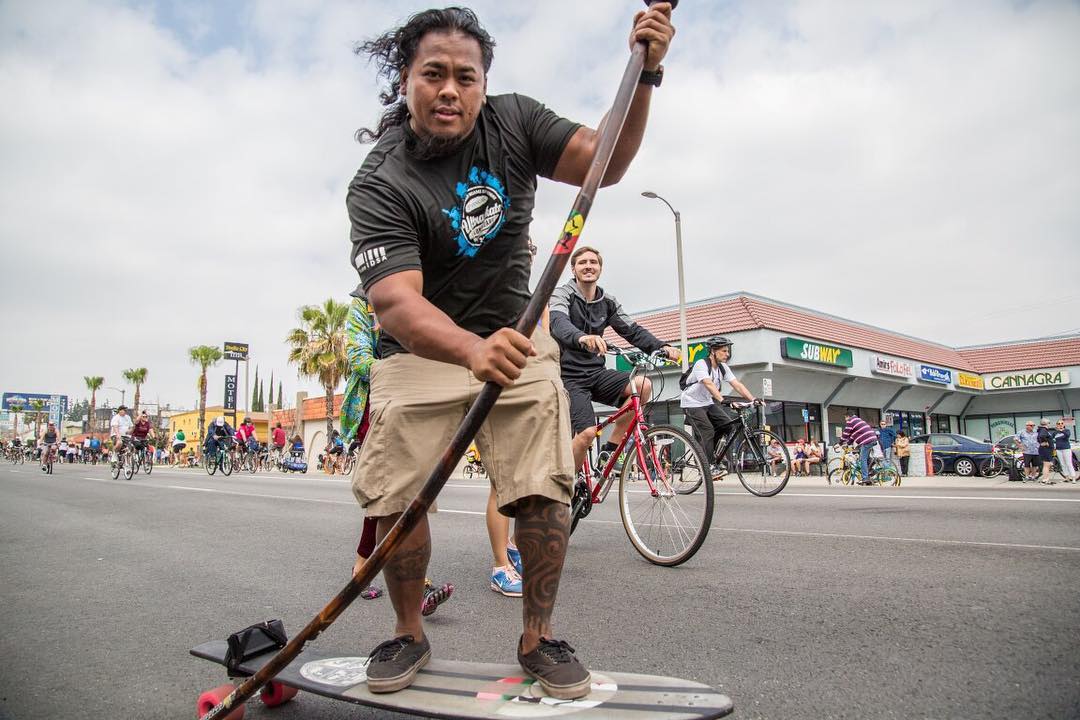 Whatever floats your boat. Image courtesy of @ciclavia