Join us for a pho-king authentic journey of Vietnamese food through LA and the OC.

Once upon a time, the three-lettered word “pho” mystified most Angelenos, but now, pho is as roll-off-the-tongue ubiquitous in Los Angeles as “Double Double.” OK, maybe not quite, but in recent years, pho (pronounced “fah”) has become the most sought after Vietnamese soup in town. And with great popularity come plenty of punny, “healthy meets hip” and “East meets West” Vietnamese establishments (9021Pho and Pho Show, we’re looking at you) that have brought Vietnamese food into the mainstream.
One of these modern Vietnamese joints that champions traditional flavor is Phorage, located in Chego’s former Palms storefront. You know that all-is-right-in-the-world feeling? The one that only a massive, steaming bowl complete with noodles, veggies and protein swimming in dark, umami-packed broth can arouse? Meet Chef Perry Cheung, the Knife Fight competitor and Le Cordon Bleu graduate behind Phorage who has mastered the art of inducing epicurean euphoria through pho, banh mi sandwiches and more.
For the record, not all pho is created equal. Chef Perry sheds some light on the soupy situation:
“It’s such a battle for me to educate people about pho. Everyone has their go-to pho spots whether they’re MSG-ladened or their broth is masked with tons of cloves, cinnamon and anise. Pho should have a deep beef flavor with a subtle hint of spices that compliments, but doesn’t overpower your herbs.”
Perry, an alum of San Francisco's beloved Vietnamese restaurant The Slanted Door,  let us in on another pro pho tip: let your nose ‘taste’ the broth before your mouth does and always taste the broth before haphazardly squirting in sriracha or hoisin.
These words of wisdom were just the beginning of our ‘pho-ray’ into the world of the Vietnamese food, so we asked Chef Perry where he goes when the craving for Vietnamese strikes, Phorage included. Buckle up, we’re going behind the Orange Curtain.
Get Citizine Updates Here

Palms, $$
Perry Cheung: Phorage first timers should order the Washugyu Beef Pho—that’s kinda like the gauge to see if you understand my product and like my approach to pho. Following that, I would suggest getting the Crispy Pork Imperial Rolls. I’m personally split between a Pork Banh Mi with egg and the Washugyu Beef Pho with Oxtail add-on. 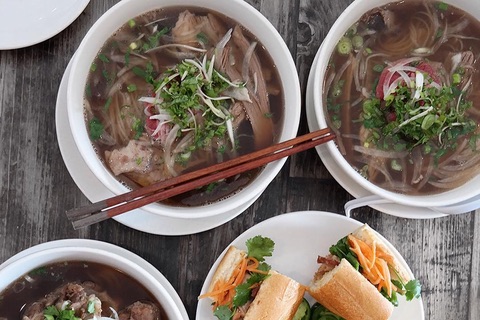 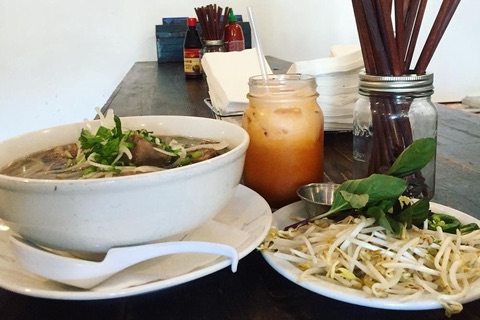 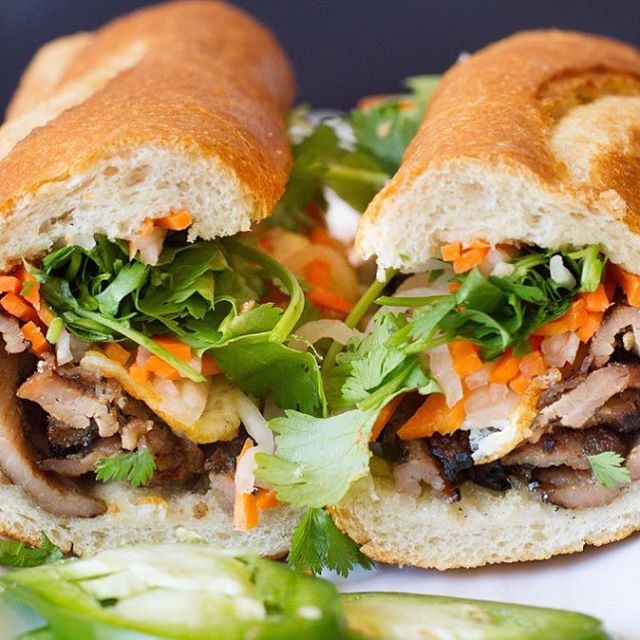 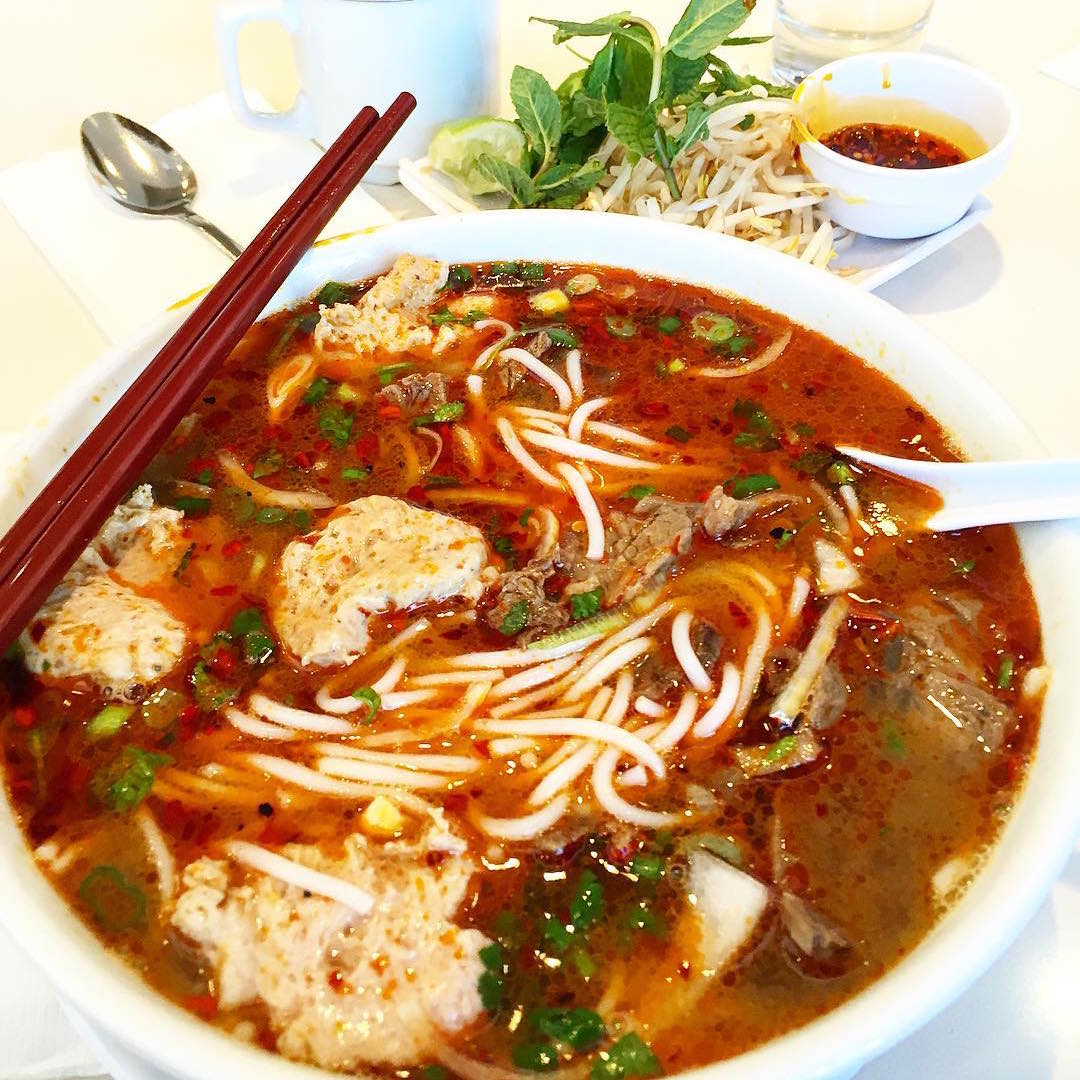 Beverly Hills, $$$$
PC: The whole dungeness crab doused in butter sauce with garlic noodles is my go-to whenever I come. 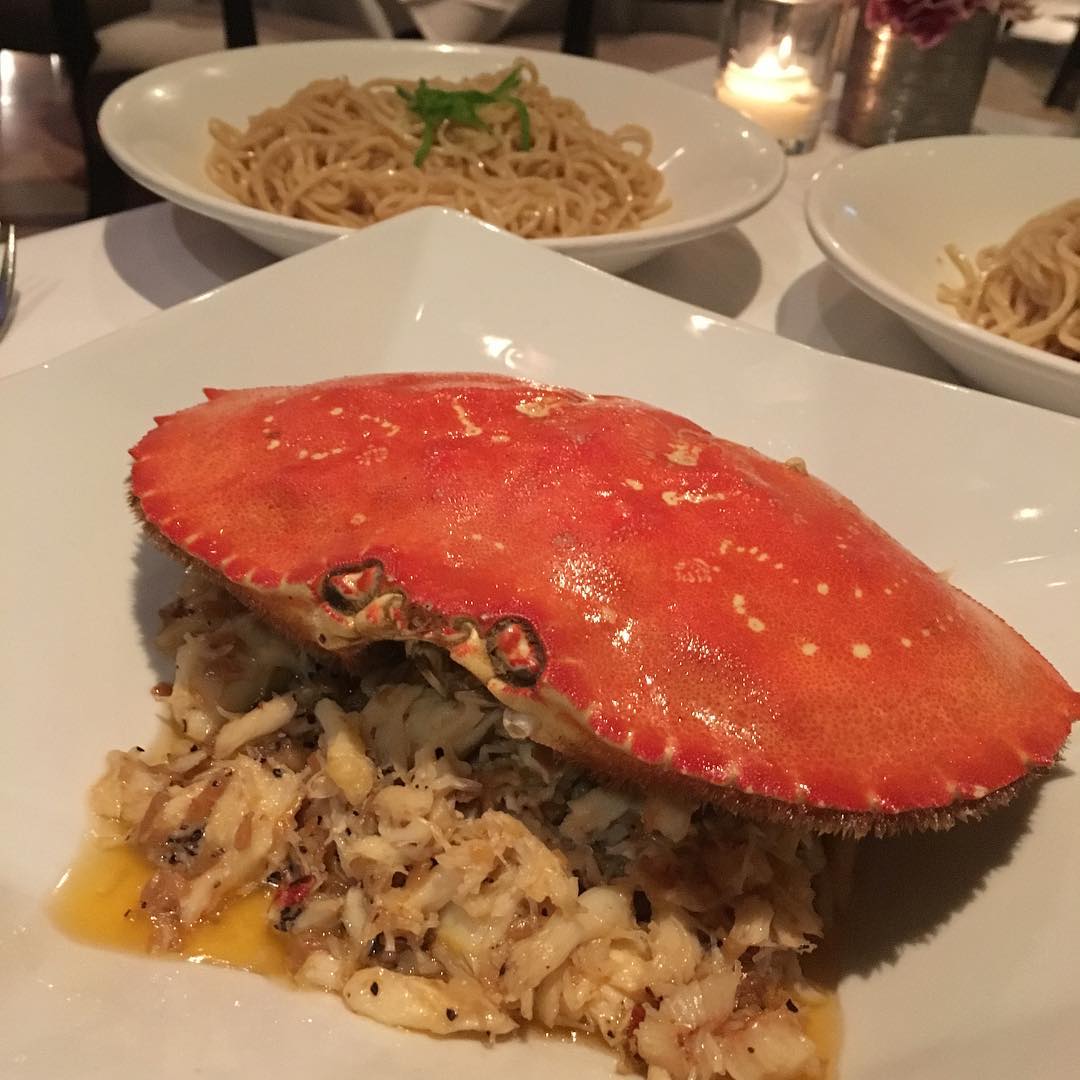 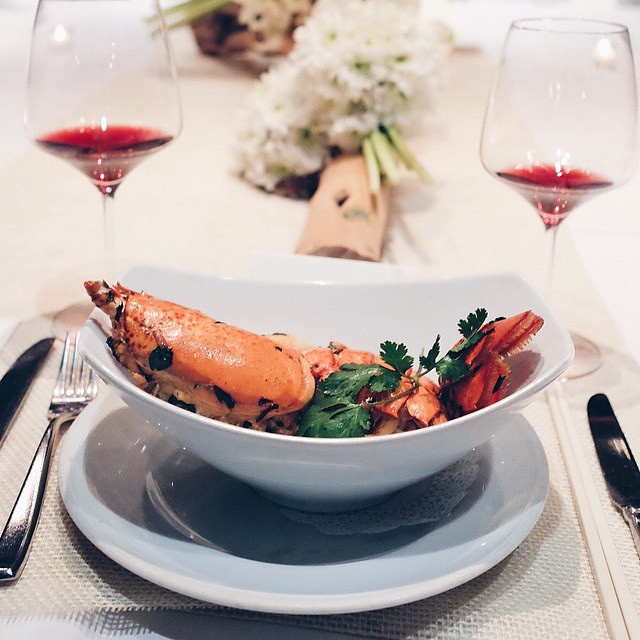 Garden Grove, $
PC: I always order the Banh Xeo (Vietnamese crepes), which always comes out crispy and their greens are always fresh. 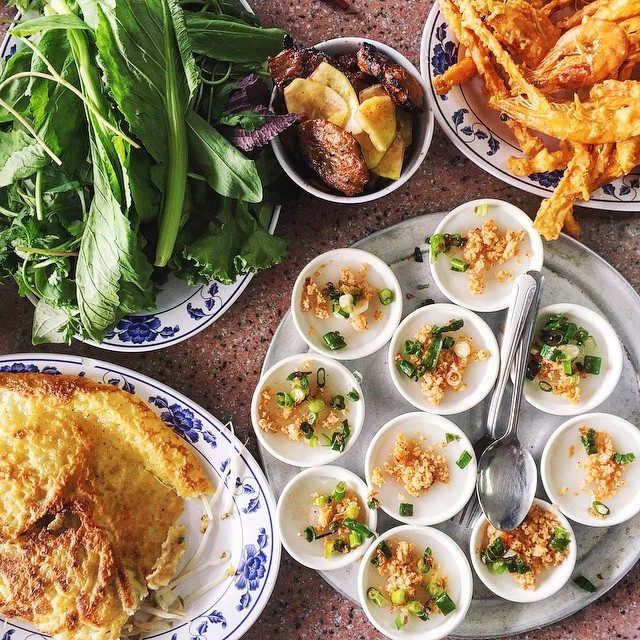 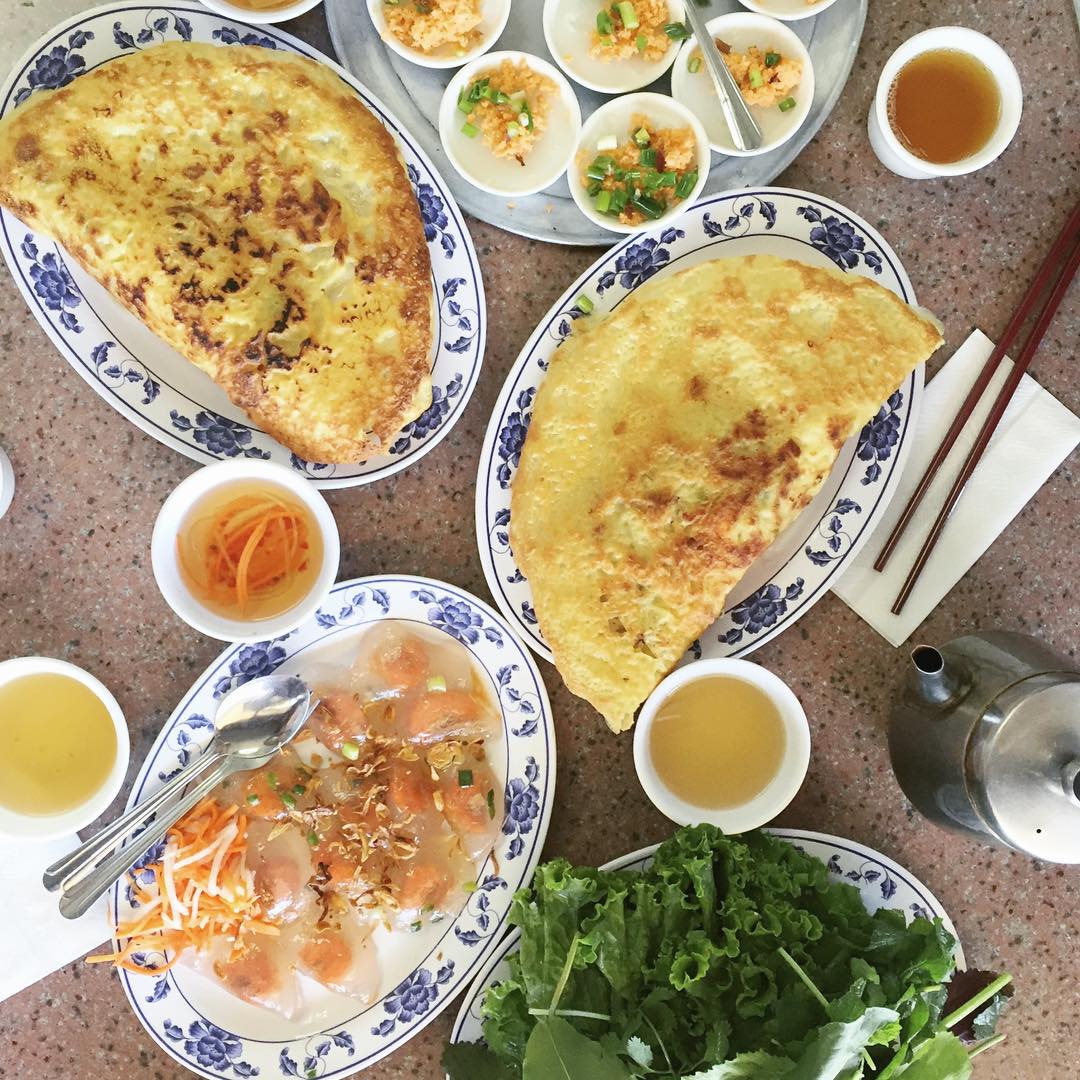 Westminster, $
PC: The name of this restaurant is what it’s known for: "Banh Cuon." This dish is fresh steamed rice paper that starts off as a batter then rolled with sautéed ground pork and accompanied with seasoned fish sauce, steamed sprouts, and crispy sweet potato shrimp cakes. 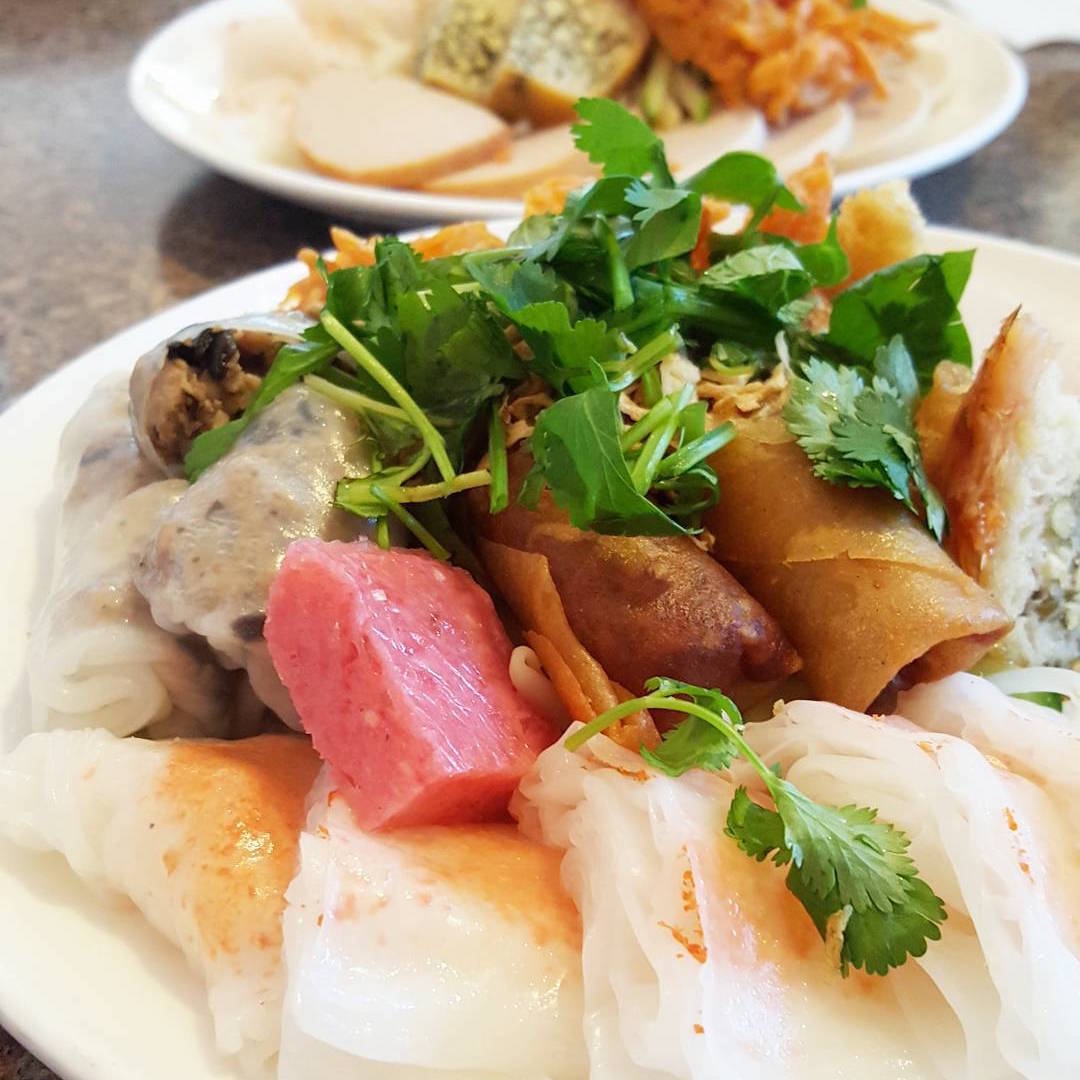 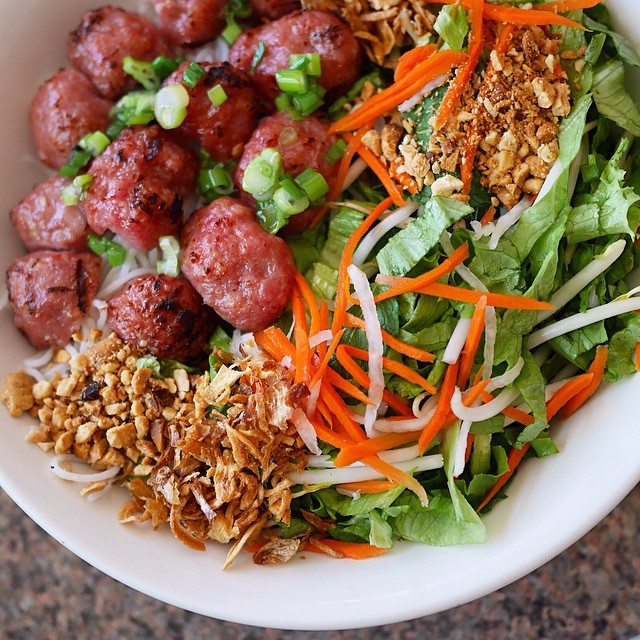 Westminster, $
PC: Living in Garden Grove, I used to go to this place at least twice a week. I always get Banh Beo, which is a steamed rice cake with ground dried shrimp, seasoned fish sauce, fresh thai chilies and crispy chicharron. They are also known for their chicken rice and Bun Bo Hue—spicy beef noodle soup with pork 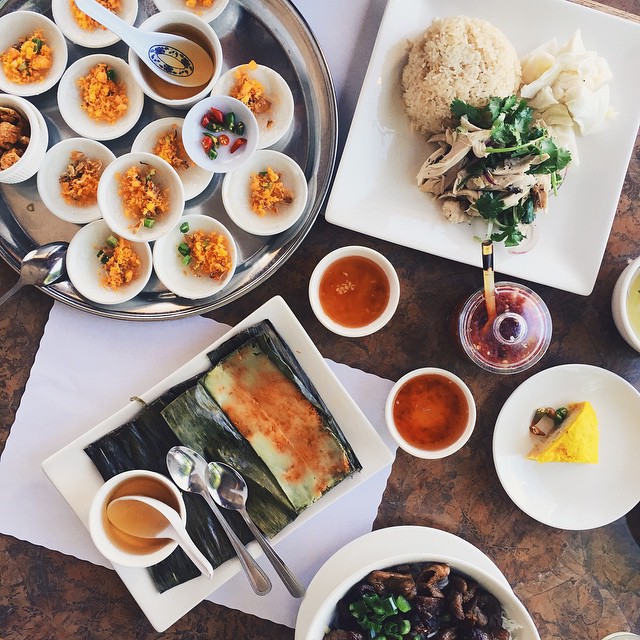 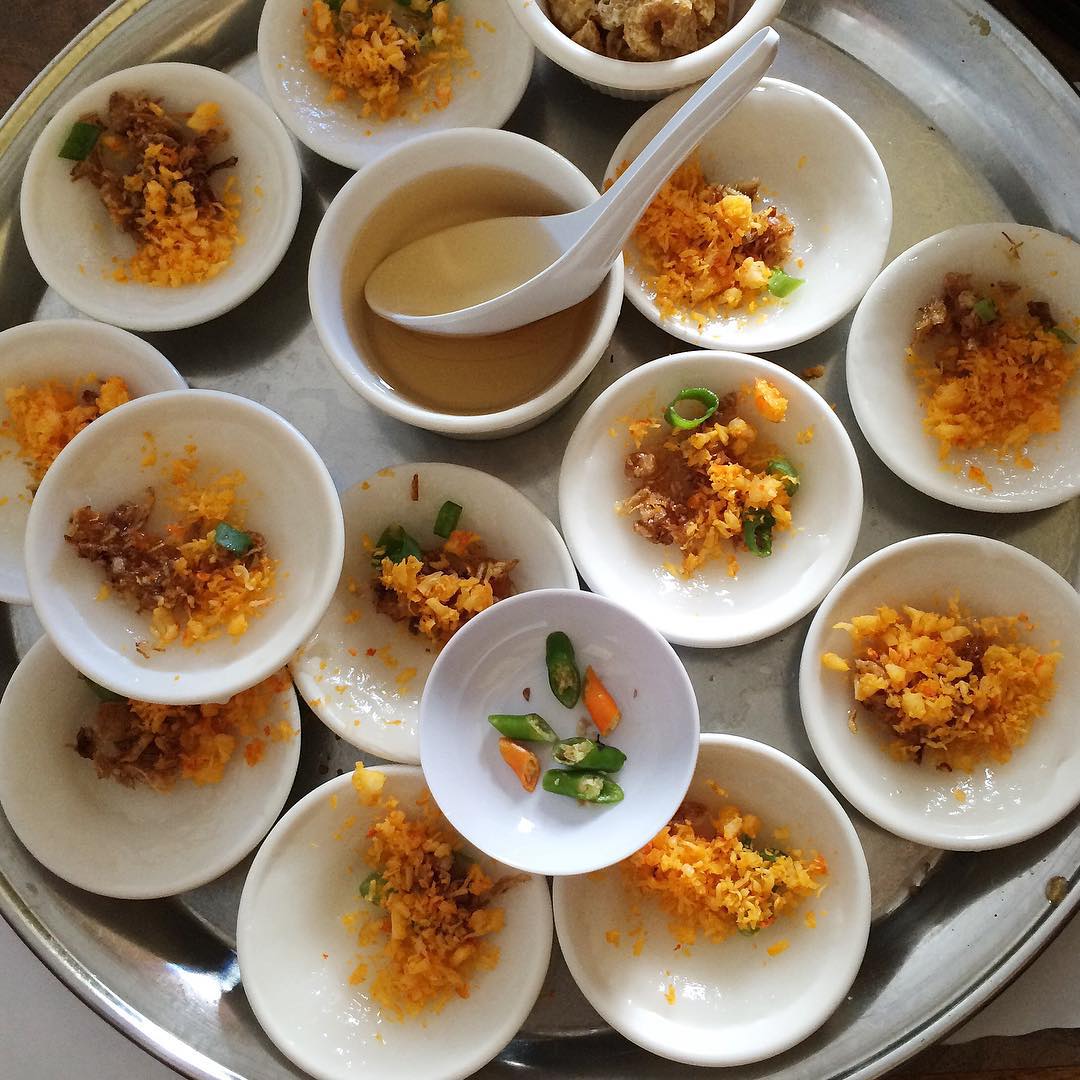 Garden Grove, $$
PC: They have a great spread of Vietnamese food. But I particularly go here for their Nem Nuong Cuon, which is grilled pork spring roll. 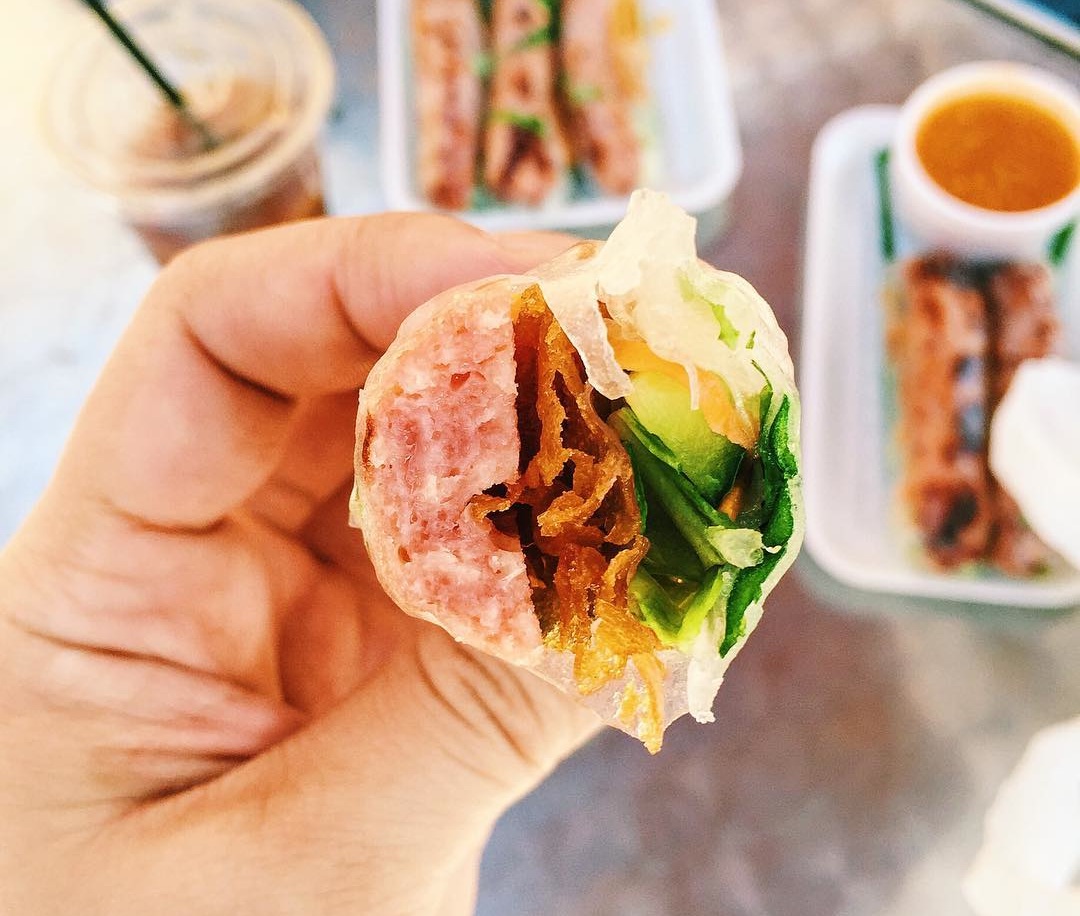 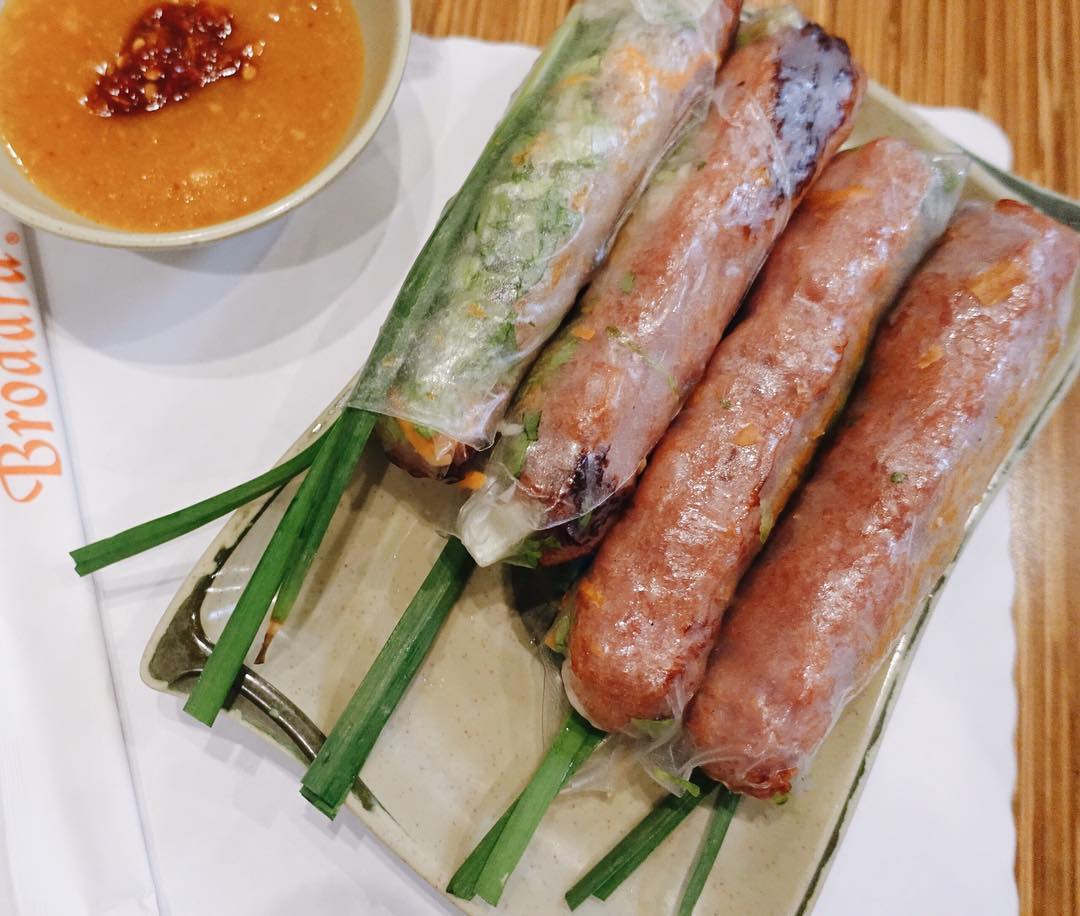 Arden Shore is a writer, dot connector and sock collector from Los Angeles who believes if everyone more yellow, we would be one step closer to world peace. Follow her meanderings at @ardyparty and @ardyparty_.