Professional mountain biker and all around extreme athlete Rebecca Rusch is an author, activist and seven-time world champion across multiple sports. The Queen of Pain—or so they call her—has ascended Mt. Kilimanjaro on bike, river boarded down the Grand Canyon and mastered the terrain of her home state, Idaho. But all of that was a ride in the park compared to her emotional journey pedaling the Ho Chi Minh Trail in search of the crash site where her father, a US Air Force Pilot, met his unfair end during the Vietnam War.
Red Bull Media House documented the endurance mountain biker’s 1,200 mile journey across Laos, Cambodia, and Vietnam—capturing tiny Buddhist temples and bustling street markets along the way. The result is "Blood Road", a feature film which opened in theaters on June 16.
"It sounds cheesy, but this trip was my path to enlightenment." says the "Blood Road" star after reminiscing on a particularly touching Bhuddist monastery that the expedition came across in Cambodia.
Get Citizine Updates Here

Rebecca Rusch: The Ho Chi Minh trail was the ride of my life—the union of my personal and professional life. I first considered the trail in 2003 on my first visit to Vietnam. So the idea for the film has been culminating for years, but it took that long for me to personally be ready and for my experience in my career to prepare me for such an extreme expedition.There was nothing easy about this ride. It took all of the skills that I've acquired over the years to complete the journey. but it felt like a bigger purpose to take my cycling and what I know in my career and really sort of fill a personal hole in my life. It was great how they both collided. 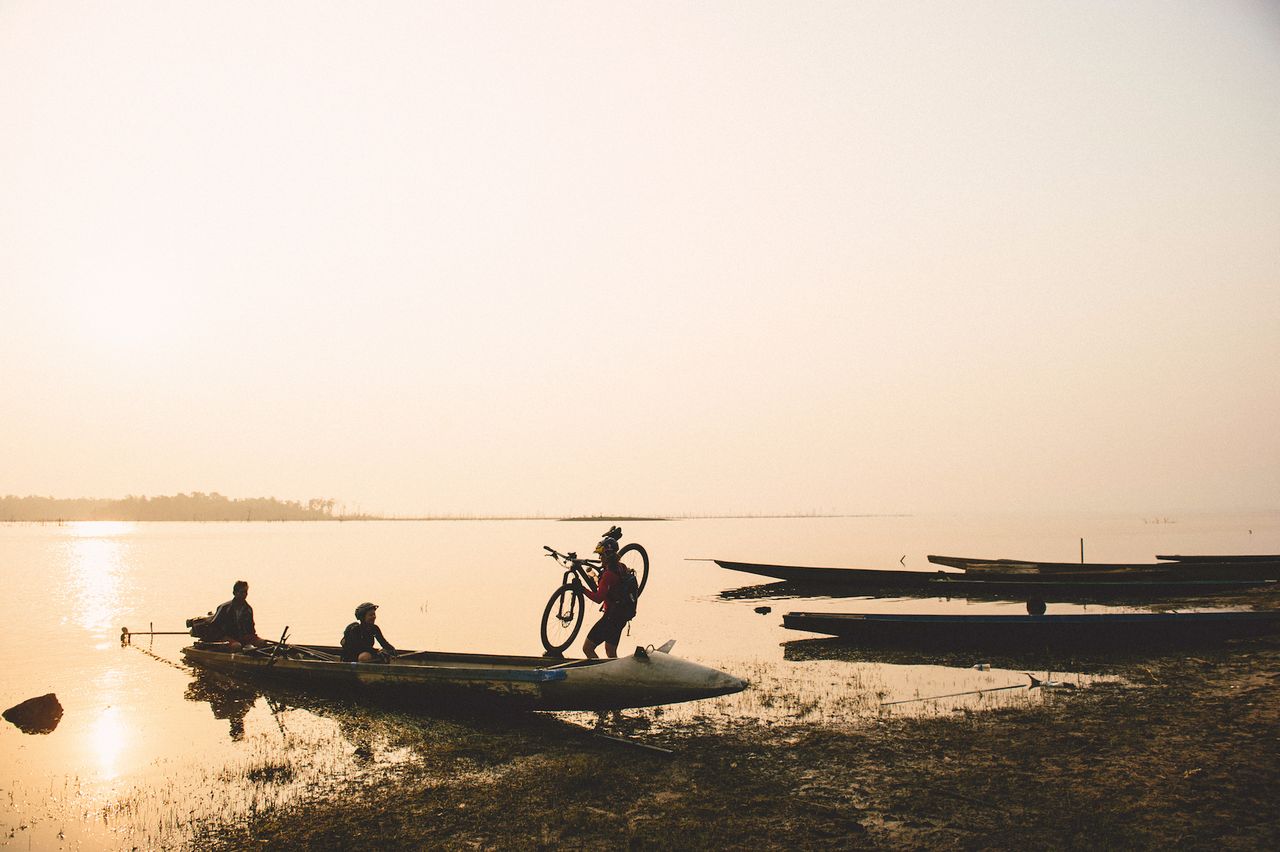 RR: The riding in Ketchum/ Sun Valley, Idaho is the best I've done in the world and it's why I live there—partially because of the remoteness of it. You can really get off the beaten path easily and there are never ending options to choose from. Idaho has the second amount of wilderness next to Alaska. There are 400 miles of trails right where I live, so it really is a maze of amazing things. Right outside my backdoor is Adam's Gulch. Chocolate Gulch and Deer Creek are also great trails. They're all connected, which is really fun.
Get Citizine Updates Here 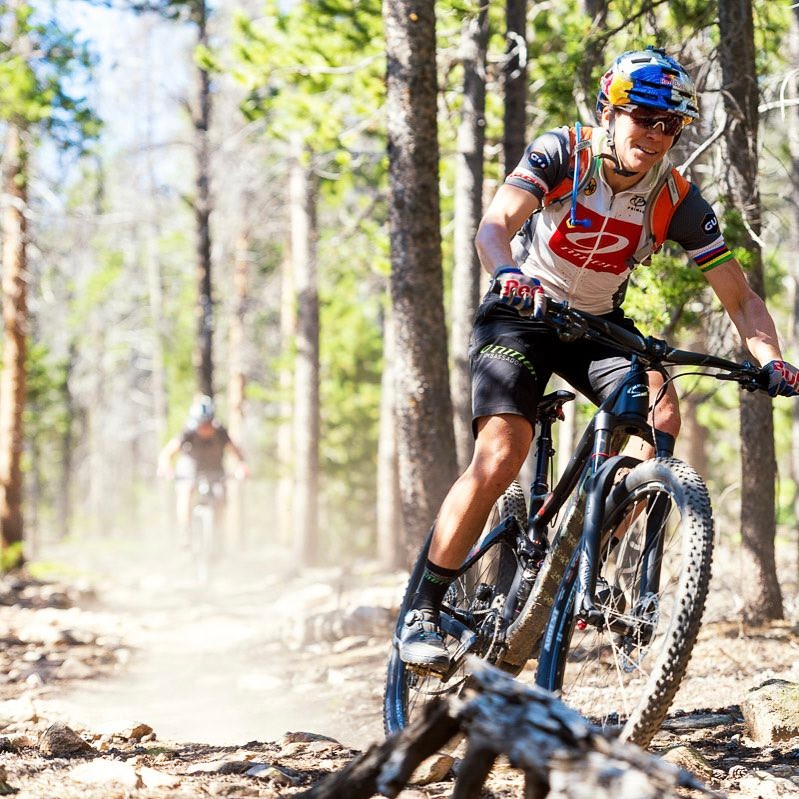 RR: I should mention I put on an event called Rebecca's Private Idaho, which goes over Trail Creek Summit into the Copper Basin, which is a really remote area of Idaho. People come from LA and can’t believe there’s no cellphone coverage, but I designed the ride to show people the remoteness of Idaho. It’s a gravel road ride, so it's accessible to anybody. You don't have to be a super good biker to do it. 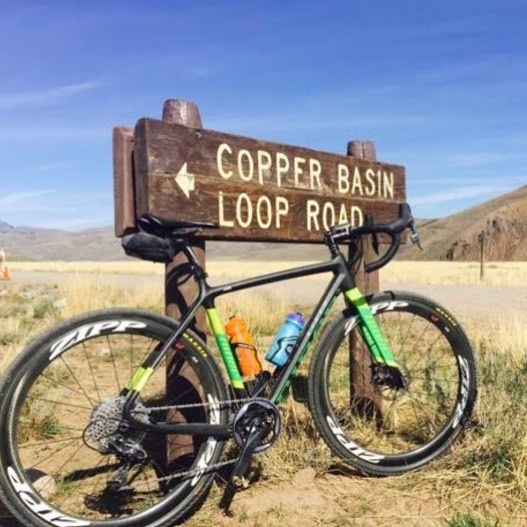 RR: I really love this one that’s 134 miles between Moab, Utah and Fruita, Colorado. Each places are two really distinct, well-known trail systems and Kokopelli connects the two. What’s interesting about this one is you start up at higher elevations in Moab in the La Sal Mountains. So you're going from Alpine Terrain all the way into desert terrain near Fruita. It's just a cool progression through different climate zones. 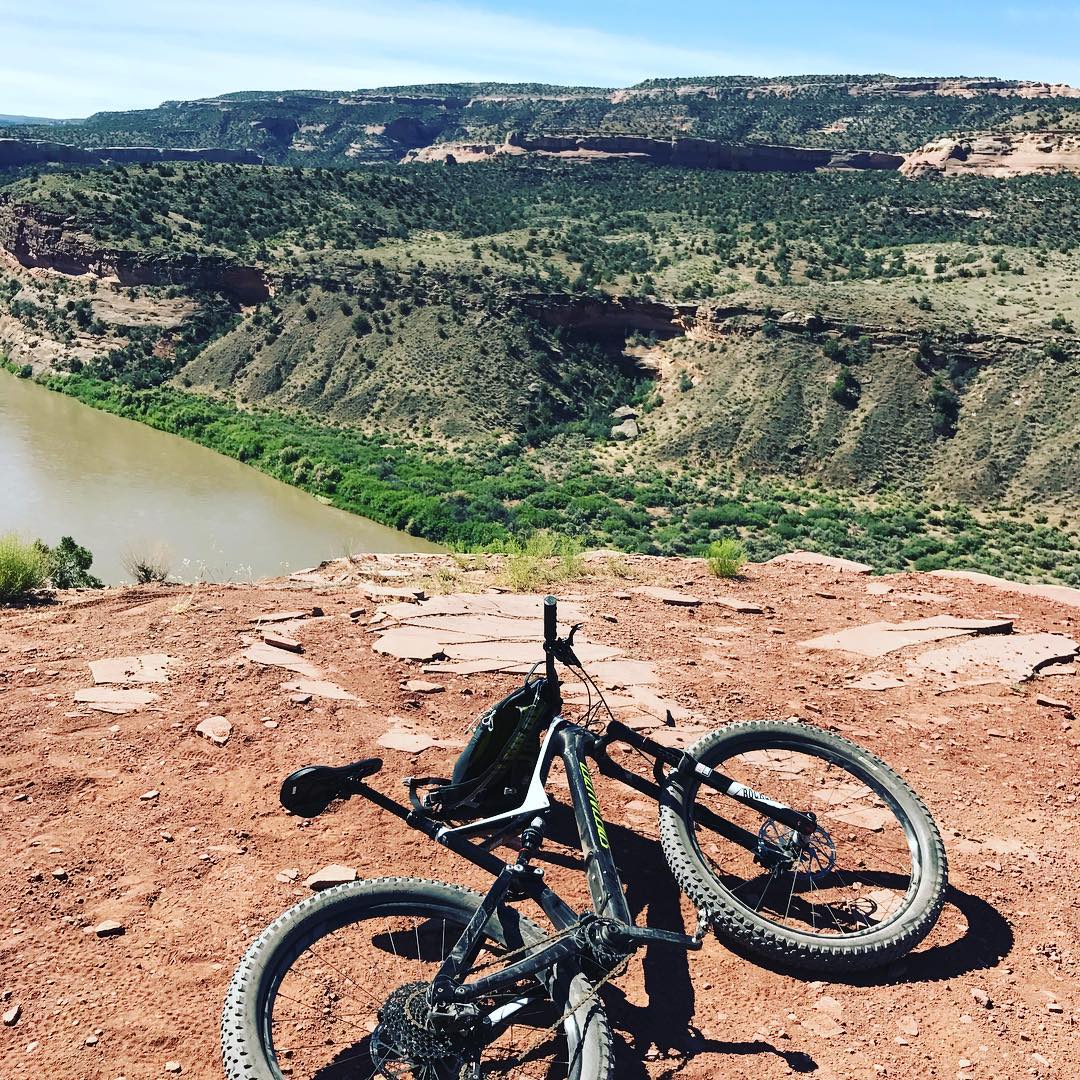 RR: Kilimanjaro isn’t for your average rider. It’s super hard on the way up but insanely fun on the way down. It took us six days to complete, but that was mostly for acclimatizing. We could have moved faster, but we had a layover day because it goes up above 19,000 feet, which is a serious altitude endeavor. You start in the jungle and finish in the high alpine. They say you go through six different ecosystems. The guides there are interested in making it a bike tourism thing. 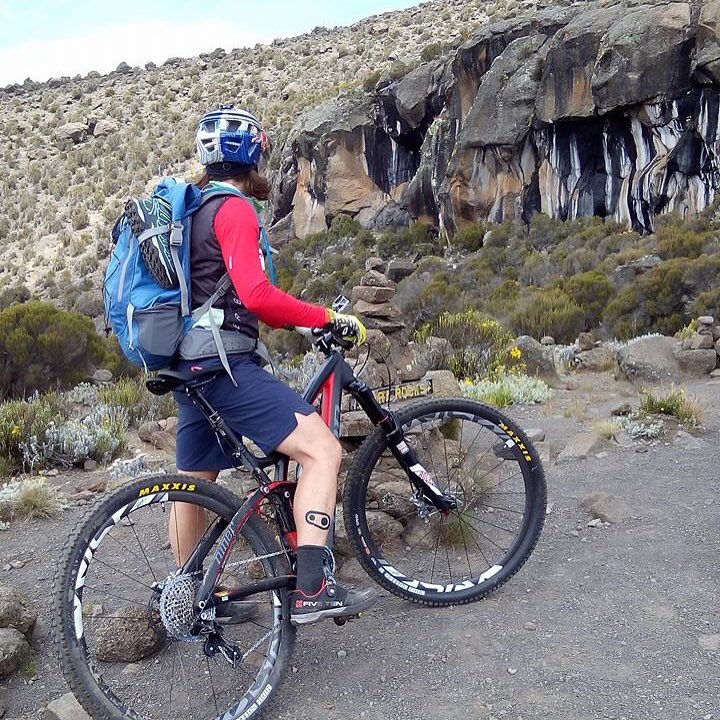 RR: Oregon has a really fun trail system. I just rode in Hood River. The McKenzie River Trail in Oregon is really amazing. What's really fun about Oregon specifically is that there's so much rain up there, so it's really tacky with great traction for riding. 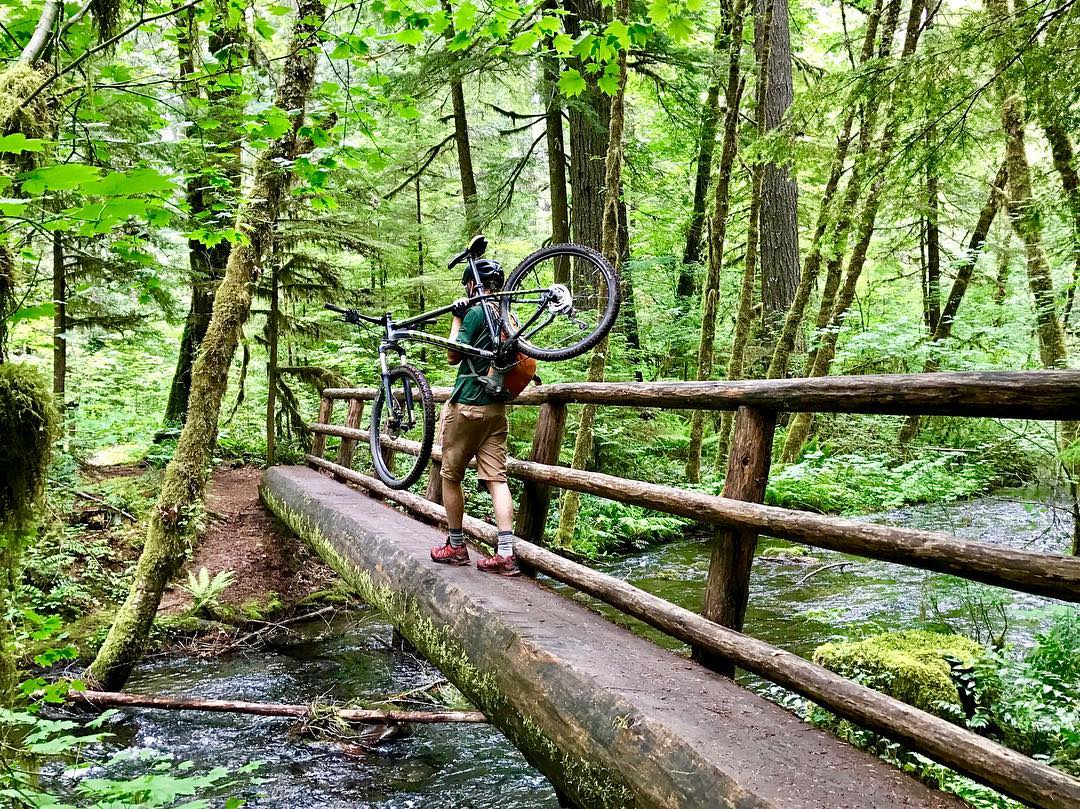 RR: There’s such great access to trails in Southern California’s Santa Monica Mountains. This is actually where i learned to mountain bike for real—in Sullivan Canyon! Backbone Trail is amazing here. It's spectacular that you can be in LA and escape the city so easily. 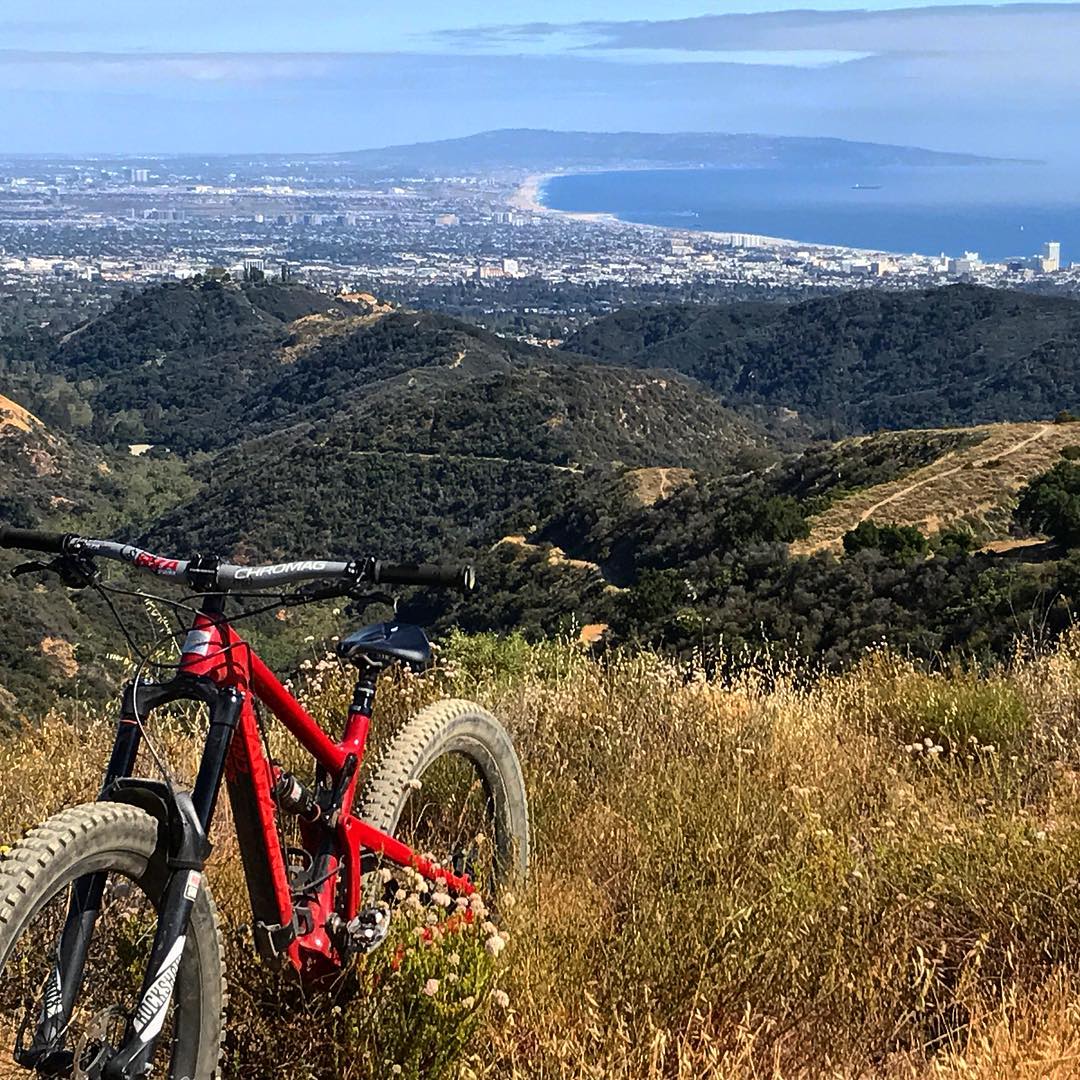