Freestyle surfer and part-time blogger Nicole Eddy divulges which of Cape Town, South Africa’s waves, bars and hikes are worth dropping into

Nicole Eddy is blogger, student and surfer who lives in Cape Town, South Africa. She’s been inspired by the magic of the ocean since riding the waves with her father and brother as a little girl. After completing a gap year abroad and an undergraduate degree at the University of Cape Town, she is currently completing an honors degree in brand management. Nicole has developed a keen sense of adventure, particularly within her own country and continent, and as a result has created a travel and lifestyle blog, NicoleEddy.com, in the hopes of sharing her stories both adventurous and personal. After she completes her studies, Nicole plans to travel the world in search of new surf, experiences and places near and far. 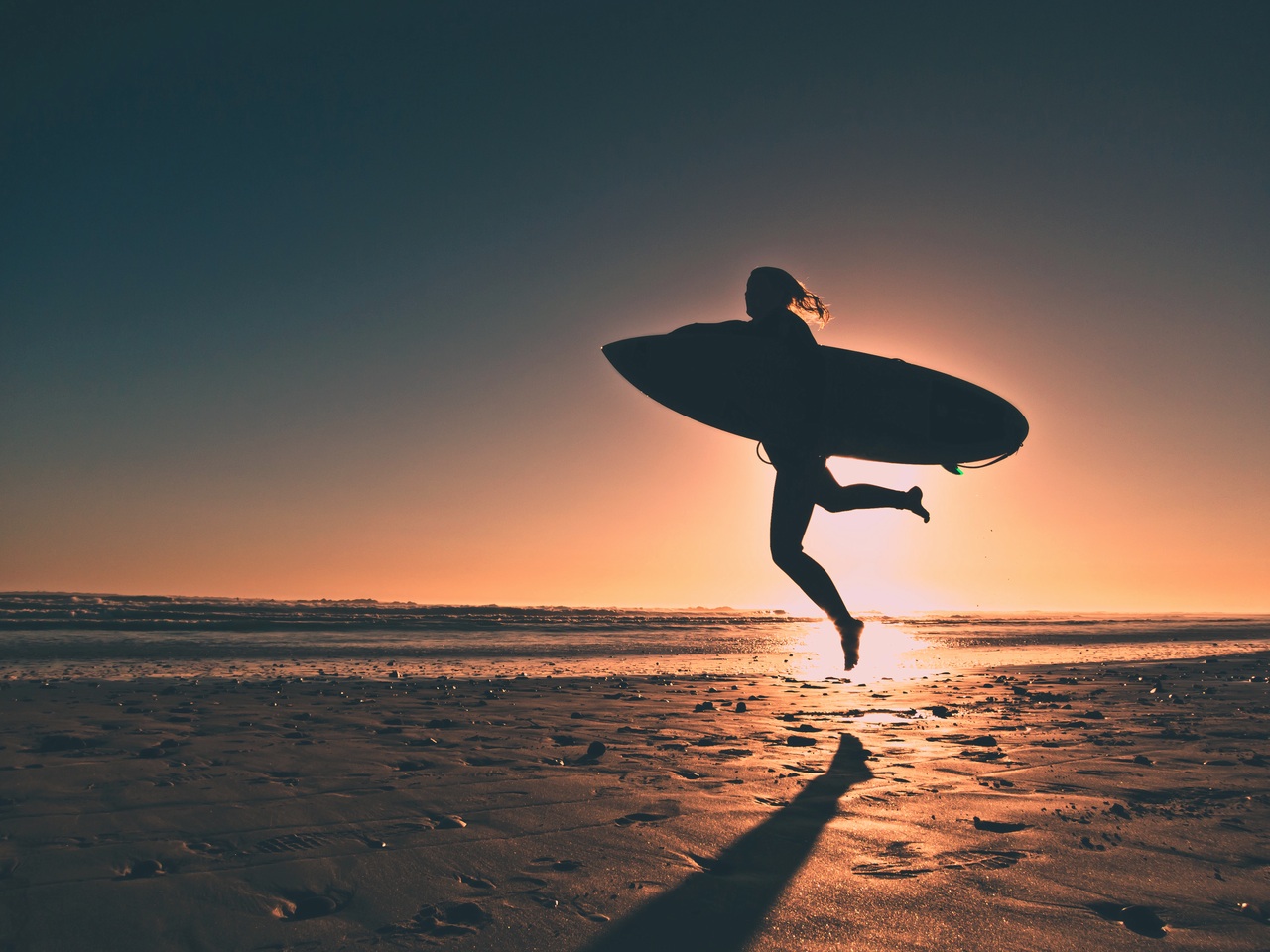 Nicole has been hooked on surfing since she was a wee one, splashing around with her brother and father. 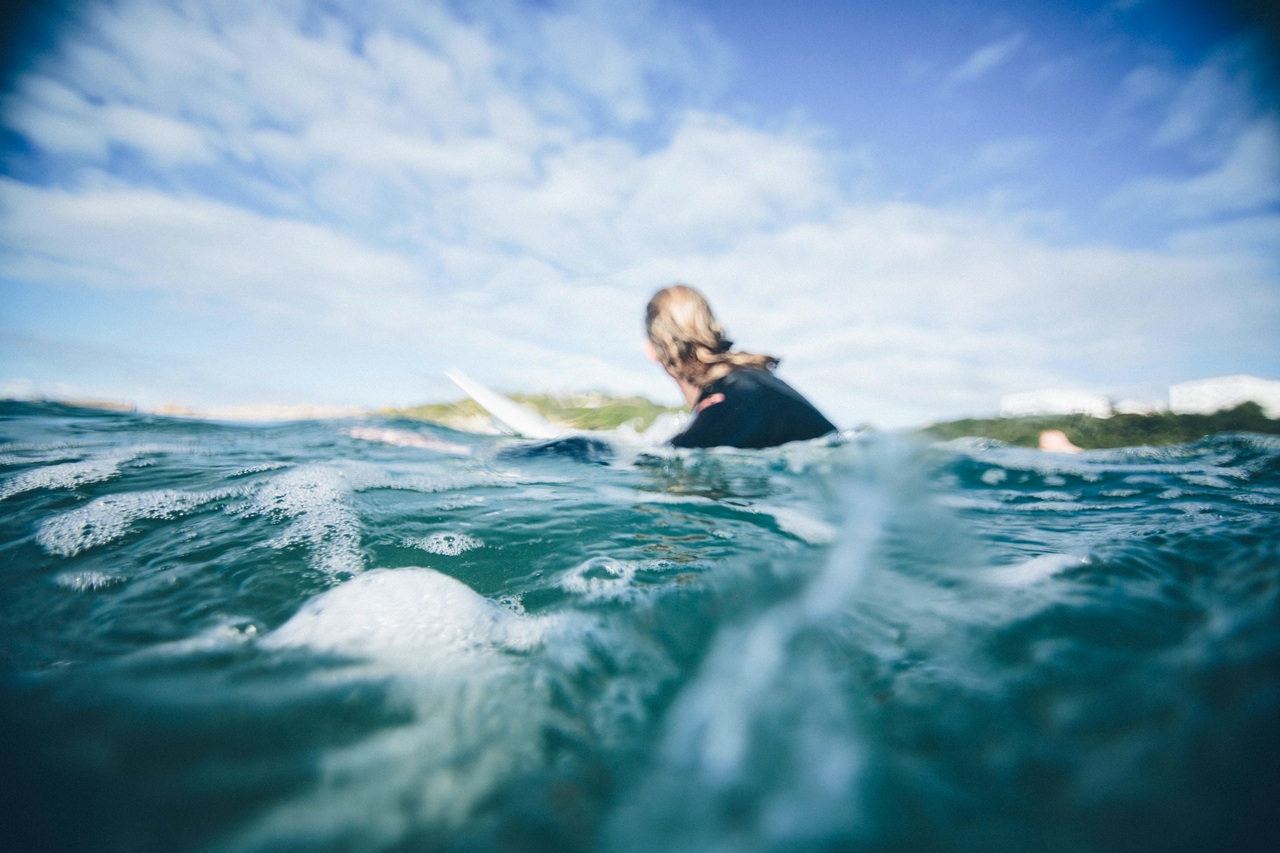 Getting salty at Betty's Bay. 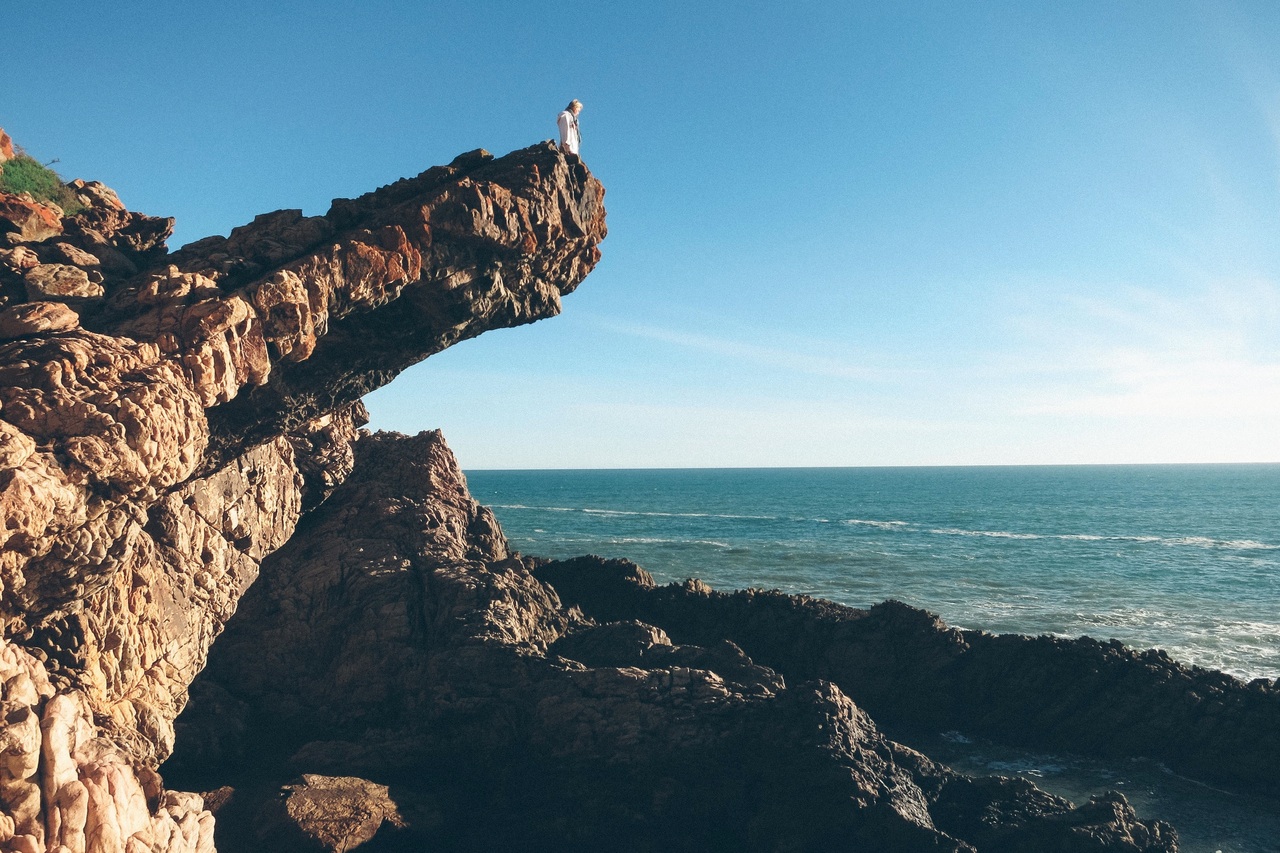 What major changes or trends are you seeing in Cape Town?
South Africa has always been a bit behind the times, although that may be one of things that I love about it. Within the last five years, however, there have been numerous positive changes, the first being the MyCiTi Bus public transportation system. Many individuals in Cape Town do not use public transportation for safety and price reasons, but the MyCiTi bus is a safe, efficient way for tourists or locals to get around the city and its surroundings.
Cape Town’s second major change is a rise in health consciousness. There are now public gyms available in parks, endless scenic places to run or cycle as well as tons of locally and sustainably sourced health cafes, restaurants and independent coffee houses.
What do you love about the people of your city?
Hands down, I love the deep sense of happiness amongst South Africans in general. Despite the numerous challenges that many South Africans face with poverty being the greatest obstacle, the genuine smiles and laughter from all walks of life in Cape Town certainly make me miss home most when I’m away. Cape Townians are also known for their super relaxed, go‐slow attitude toward life, which probably explains a lot about myself.
When you want to break a sweat out of the water, where do you go?
I used to go to Virgin Active gym for spin classes and general workouts, however after receiving a few e-mails threatening the cancellation of my membership due to my poor attendance, I canceled it. Now, I rely heavily on surfing for my fitness, as well as running as much as I can and doing cross‐training in the park up the road.
Which local beach has the best surf breaks?
It completely depends on the type of waves that you like to ride. The West Coast, where I’m from, is home to the cold Atlantic Ocean with left‐hand breaks as well as A‐frame beach breaks. Some of my favorite waves nearby are at Big Bay (my local), Kamers, Kreeftebaai, Horse Trails and Derde Steen—all beach breaks along the same stretch of beach. 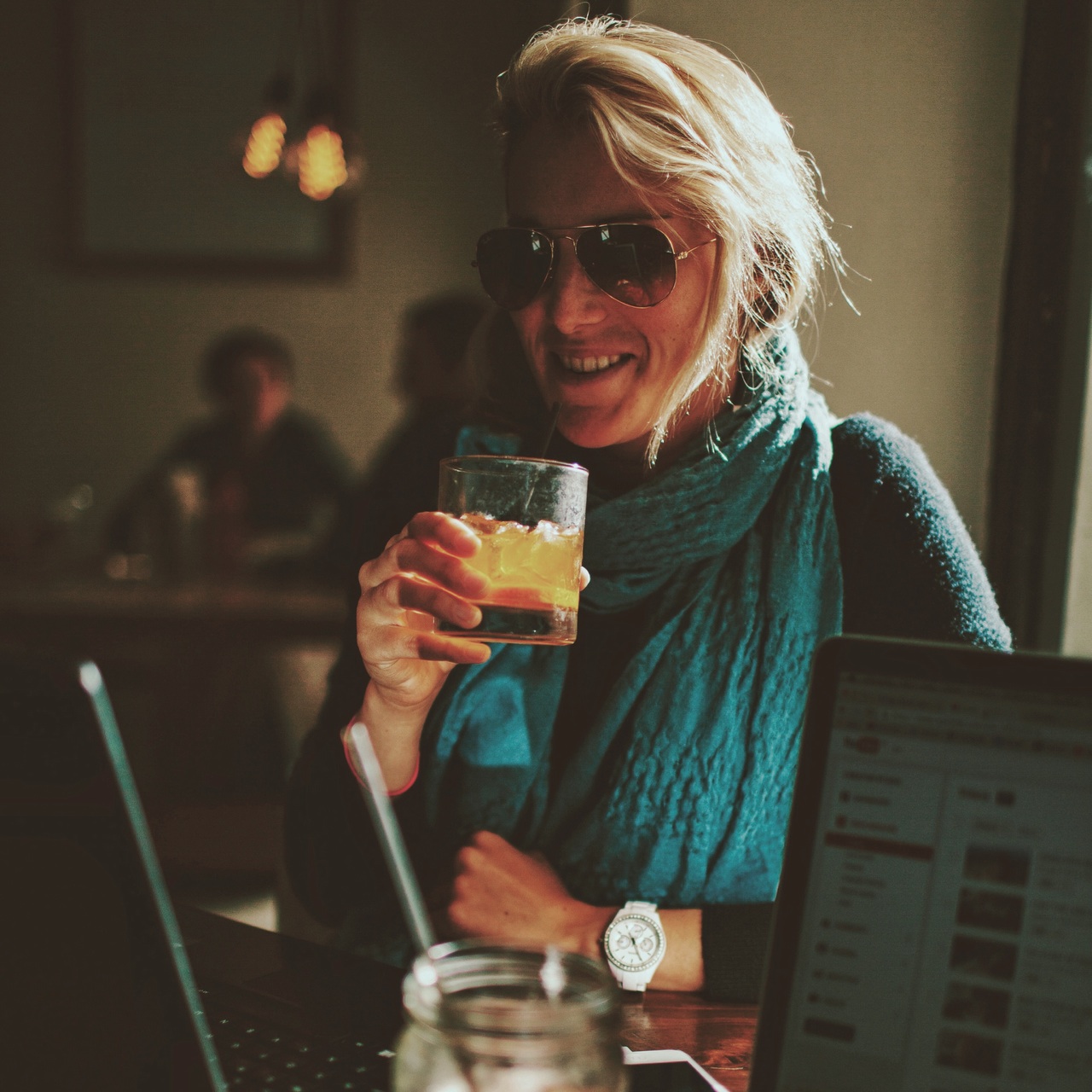 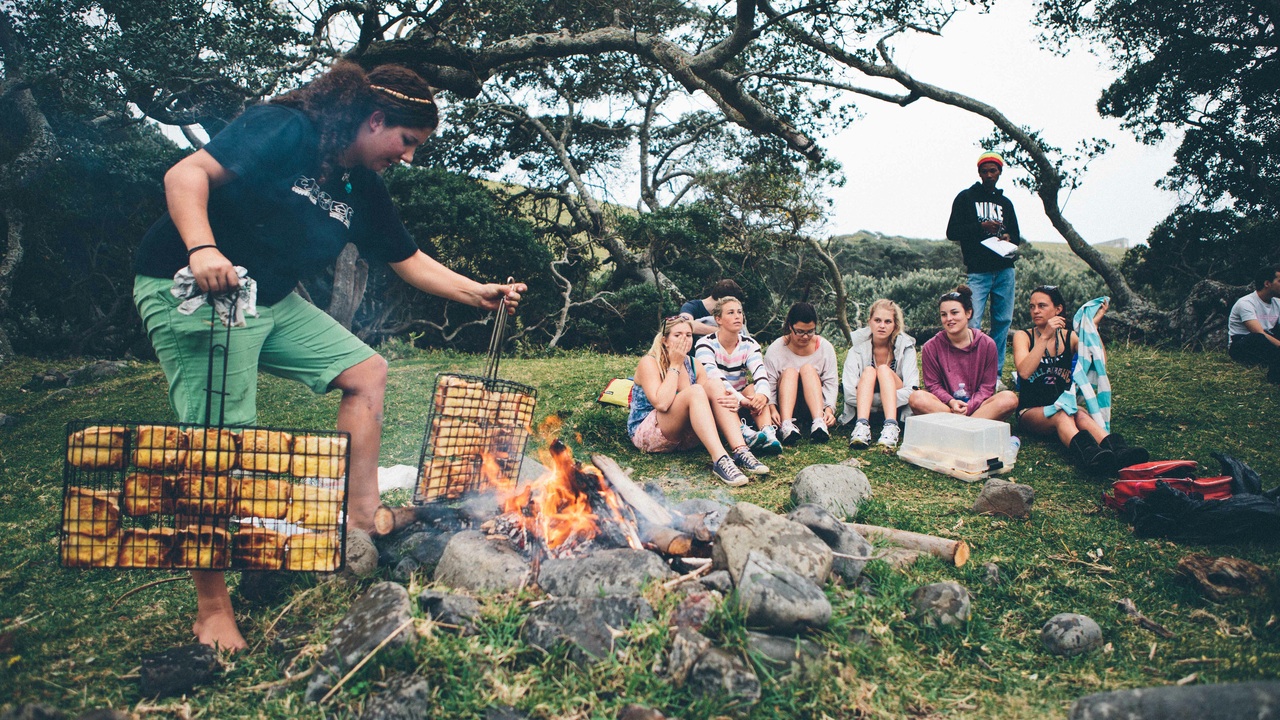 Exploring Cape Town's surroundings after a road trip up to Coffee Bay with friends ... and toast? 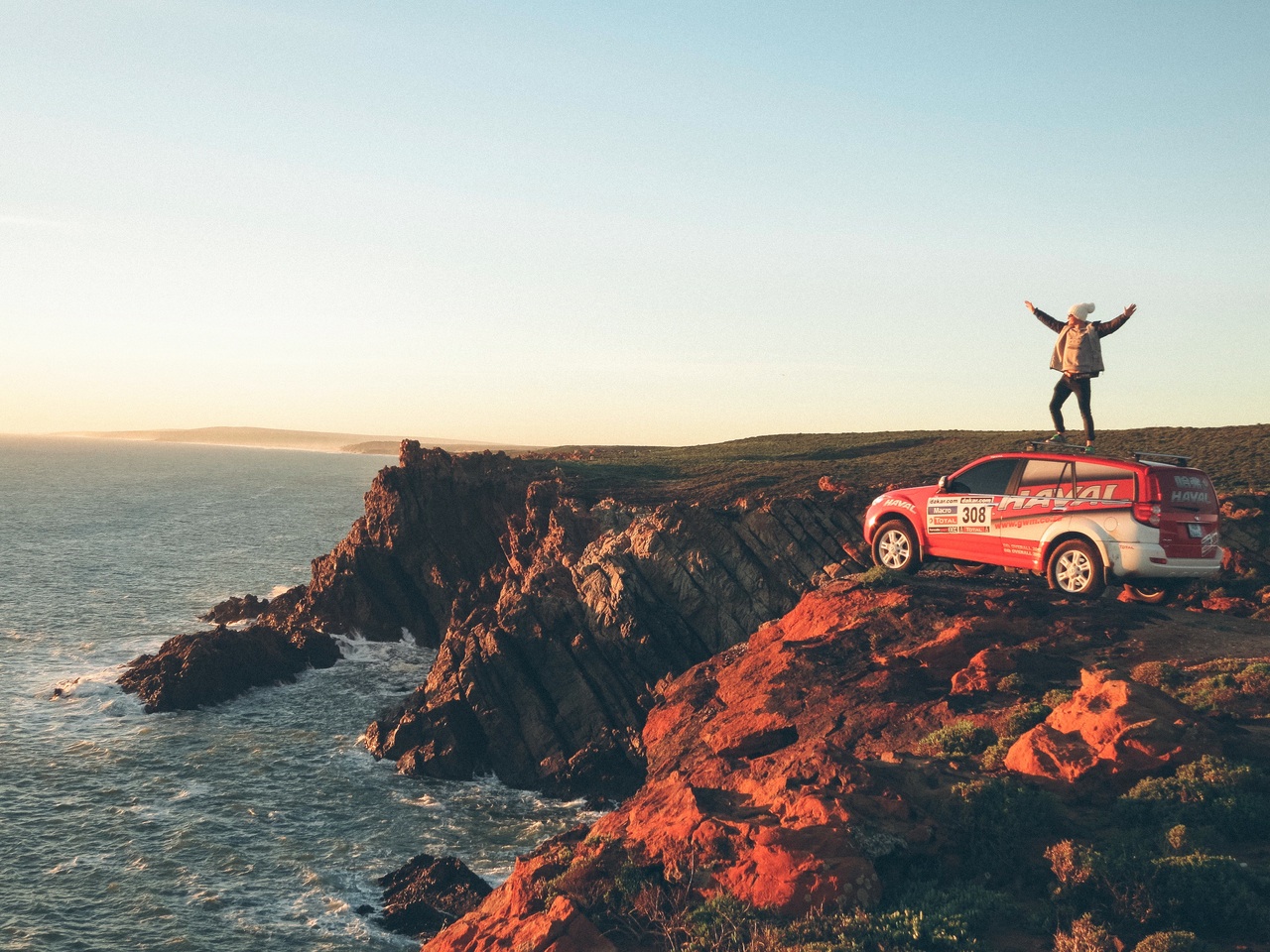 The rugged coast of Cape Town is worth exploring.

Get Citizine Updates Here
What are some fun outdoor activities that visitors should try?

Some of my favorite activities are to hike Lion's Head at sunrise or to hike the Twelve Apostles—a full‐day commitment that covers the entire Table Mountain region giving you the option to hike down the face of Table Mountain National Park or alternatively, to take the Table Mountain Aerial Cableway. I also enjoy spending a day on Clifton 4th Beach getting bronzed followed by supper along the Camps Bay strip. Some other options are to take a surf lesson at Muizenberg Beach or have a picnic at Kirstenbosch National Botanical Garden.

When friends are in town, where do you go to dance yourselves clean?
The best street for having a good time is Long Street, in particular Beerhouse, The Waiting Room or Fiction. The Village Idiot is another awesome place for a night out!
Eat, Drink, Be Merry
1. Cafe Orca (In Melkbosstrand)
2. Strandkombuis
3. The Blue Peter Hotel
4. Brass Bell
5. Theo’s Steak Restaurant
Try This
1. Paragliding off Signal Hill
2. Hike Table Mountain
3. Take a trip to the big wave surf spot, Dungeons, located around the corner from Hout Bay Harbour
4. Whale-watching in Hermanus during mating season
5. Pelagic shark diving (no cage)
Stay and Play
1. Cape Point Reserve
2. Franschhoek Wine Valley
3. The Old Biscuit Mill
4. The Victoria & Alfred Waterfront
5. West Coast National Park 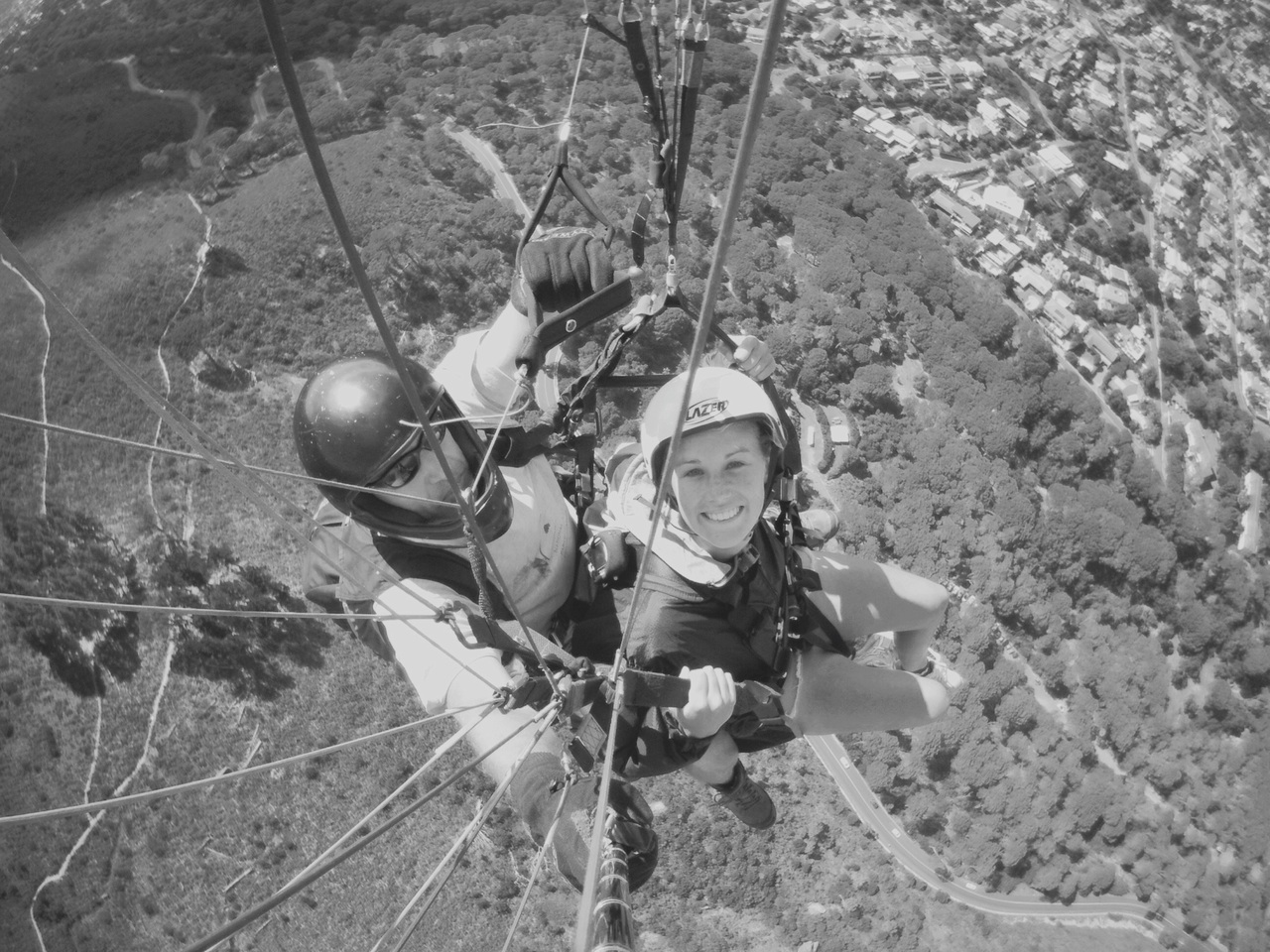 It's no news that Cape Town is home to plenty of outdoor adventure, paragliding included.

Finding Human and Spiritual Connection in South Africa with Gypset ...