How a gallery that defies categorization is exhibiting some of LA's best art that does the same.

“LA is a place to experiment, and to try things,” Sean Yashar, one half of the roving gallery that is Furth Yashar &, tells Citizine. “It’s also a place where you have to go hunting to find something cool.”
Get Citizine Updates Here
It's this hidden nature that ultimately led Yashar and Oliver Furth—his partner in life and business—to collaborate on the gallery.

"We’re a city that does not have a collectible design fair," Yashar continues. "A metropolitan city of our kind in the moment we’re having now—which is another golden age—to think about the fact that so much culture is created in Los Angeles and exported, and, yet, we don’t have a lot of those institutional things that other cities have on a level that we deserve. Furth Yashar & is, in a way, a stop-gap measure. We wouldn’t do it if there wasn’t a need for it. We’re doing it because there’s a need." 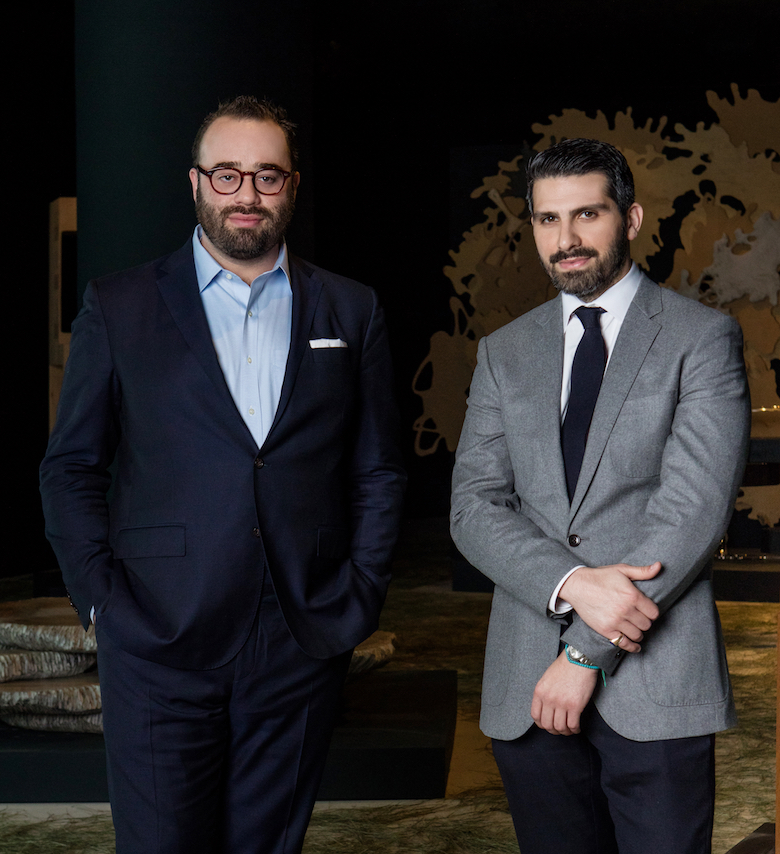 Apart from Furth Yashar &, each party has his own career. Yashar as founder of The Culture Creative, a talent management firm and communications agency for designers and artists; Furth as an interior designer, and the chair emeritus of LACMA’s Decorative Arts and Design Council.
“We are glut with talent in Los Angeles,” Furth says. “Enough to spread around, which is wonderful. Sean and I support a lot of the design fairs around the world, and we’re in Europe, we’re back east, we’re in Design Miami—we do a lot of fairs. We kept seeing a lot of artists we know and have relationships with in Los Angeles being shown at these fairs outside, but were not showing in their own city. So, a lot of this came together because we felt like it was time to bring in help.”
The first Furth Yashar & took place in May 2017 at the Pacific Design Center. The pair chose the venue largely because it has "sort of gotten a bad wrap for being static, and showing production furniture—which is a little antithetical to the sort of work that we’re showing,” Furth continues. “We really wanted to turn that on its head. We also knew that there’d be an audience in that building that may or may not be familiar with the type of things that we were showing. So, we wanted to sort of bring the mountain to Mohammed.”
The pair teamed up with New York's Cristina Grajales Gallery to feature LA-based artist Stefan Bishop, whose work—surreal, nature-inspired pieces that straddle the line between furniture and sculpture—perfectly aligns with Furth Yashar &'s mission of showcasing contemporary, collectible art from artists defying categorization.
“As champions of the city and our creative community, we feel really passionate about putting out there what we see every day but doesn’t have conventional outlets,” Yashar adds. 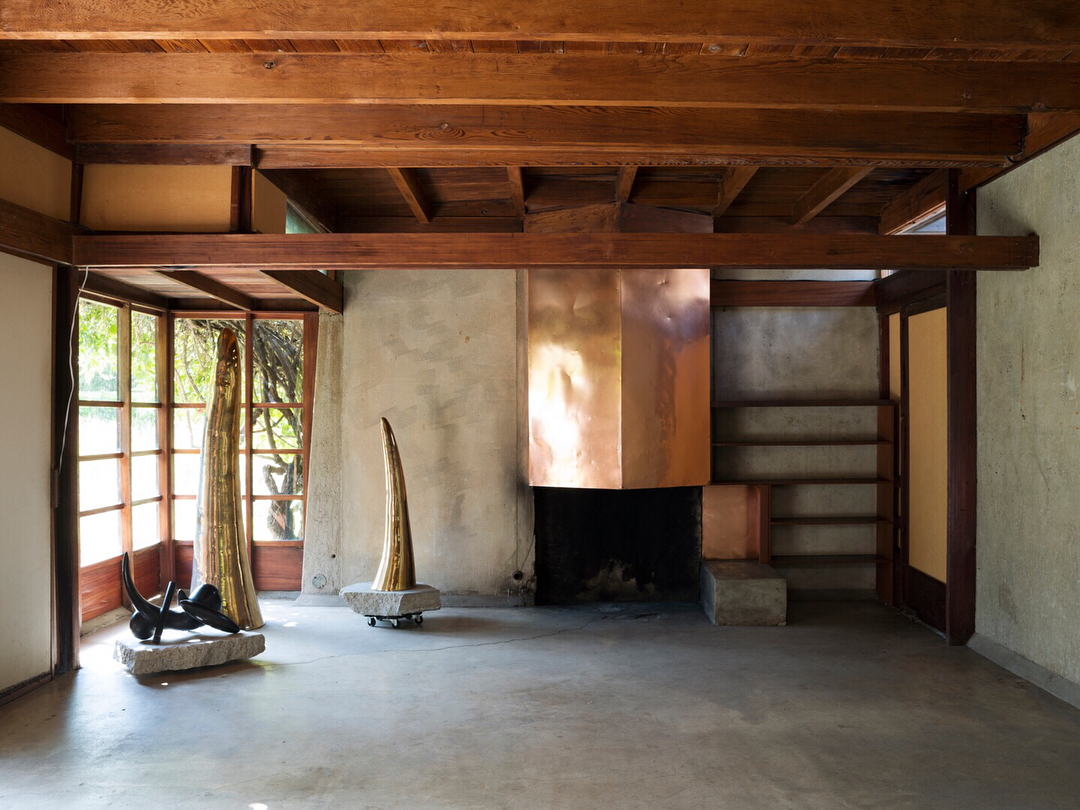 "We wanted to bring work that is super 'downtown' uptown," Yashar says. "Or, work that you would expect on the East to be on the West. What we like to do a lot of times is take things out of the context that you’d expect it in. ...Also, our community—both [of us] being born and raised in Los Angeles—we have friends and colleagues and people we know all across the city. We know what their limitations are. So, I think that show was also about bringing something good to our friends on the westside."

"Together these artist-makers advance [architect Rudolph] Schindler’s narrative of Los Angeles as the grand dame of blank slates," a press release for the show notes, "with the Schindler House serving as the penultimate forum on which these young creatives will define their practice and earn their place in the pantheon of contemporary, collectible design and art."

So why haven't you seen Furth Yashar &'s shows flood your Instagram feed?

"We both believe in the compass of curiosity," Yashar notes. "The people who are ready to see it will discover it in a way that is natural—and it can be natural on Instagram, but if you look at Furth Yashar &, we’re not posting a lot, we’re not hashtagging up a storm. Even if you come to the show, you see there aren’t signs for social media. I think it’s not about forcing. There’s not a marketing or social media plan. It’s really about curious people finding it, and the laws of attraction."

"These days, you go to a fair or a show, and it feels like an Instagram check," Furth adds.

"We’re not click-bait," Yashar clarifies. "We’re not about that at all."

"We’ve gotten a lot of positive response, but we’ve gotten a lot of people that have thought differently about LA as a market," Furth concludes. "People from New York and Europe, that have approached us or have had that conversation themselves, and also people here thinking about LA in a different kind of way. So, I would not be surprised if there is a design fair in the next 12 months. And I wouldn’t be surprised if one of us was involved with one." 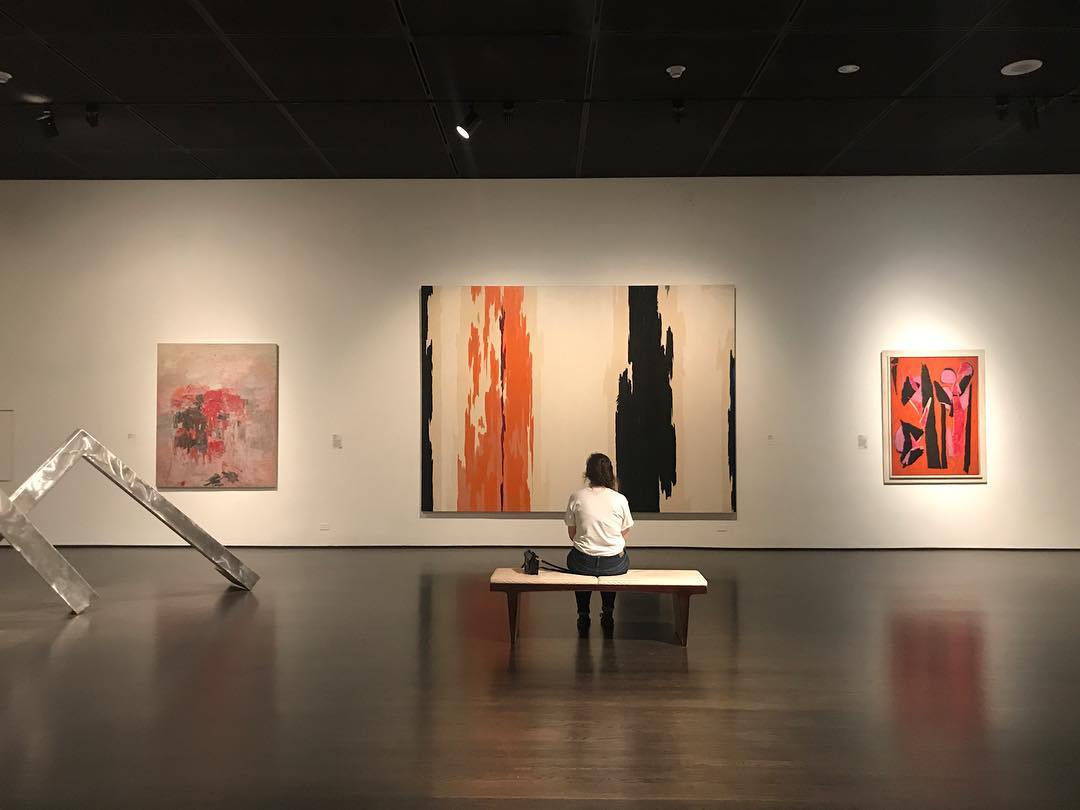 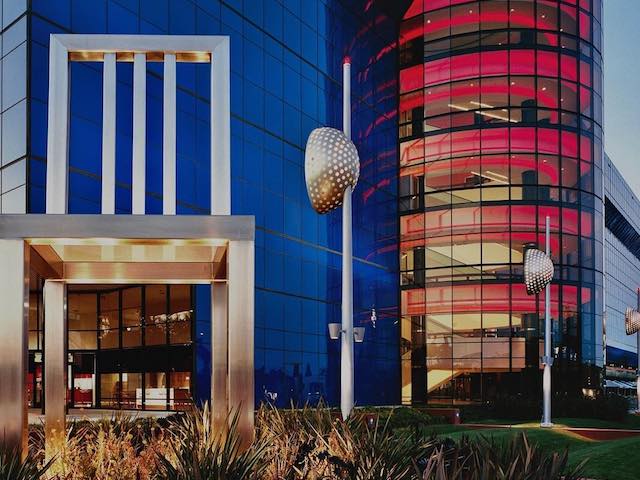 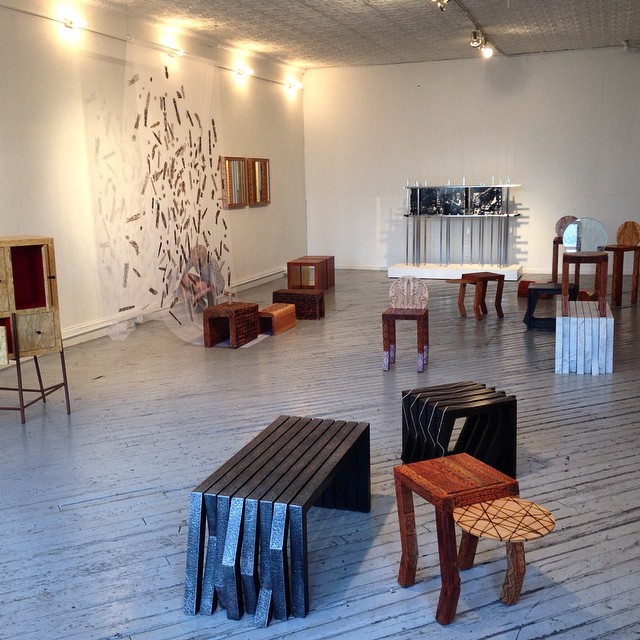 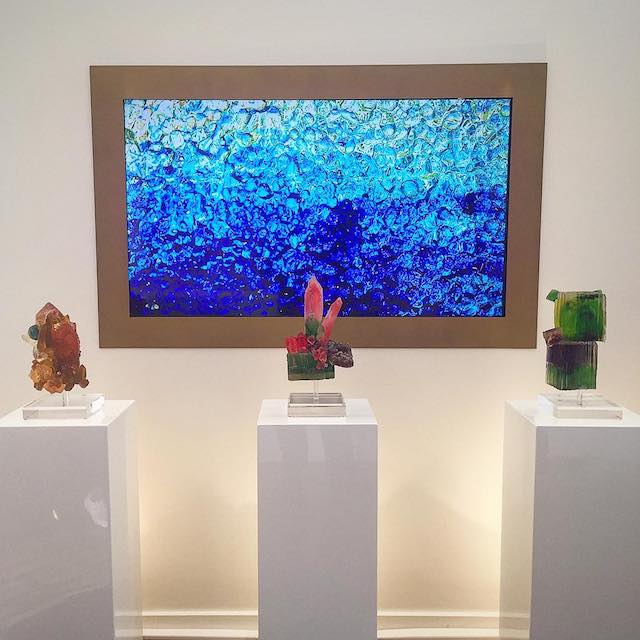 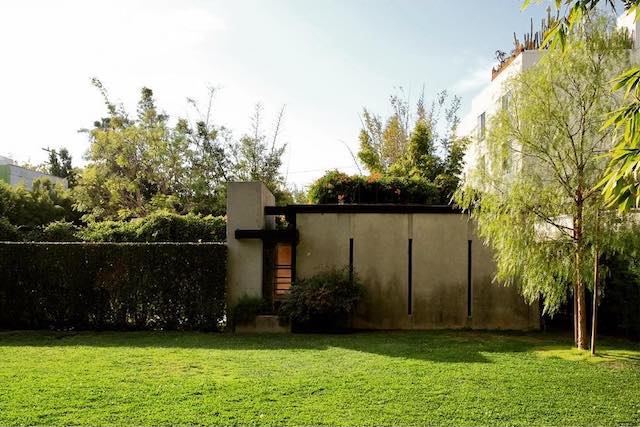 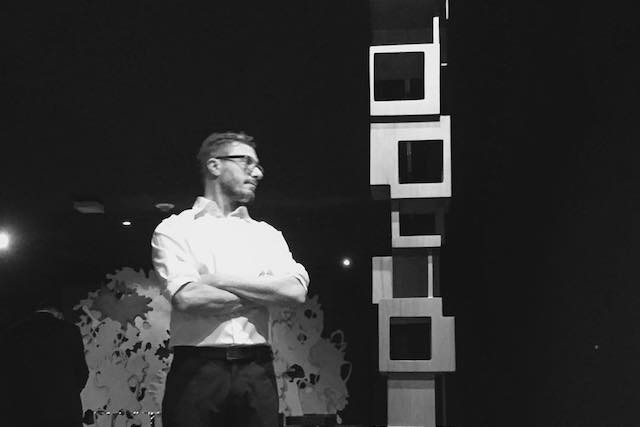 Stefan Bishop with a sculpture at the Furth Yashar & show at the Pacific Design Center, image courtesy of @stefanbishop