TIA. This is not the name of a band. Rather, it is a well-used South African expression—This is Africa. It’s similar to how we call traffic lights “robots” and candy, “sweets.” A barbeque is called a “braai” and sneakers are called takkies.
TIA means we do things our own way. It’s a way for us to laugh at ourselves, and laughter is the best medicine. And here in The Mother City, sometimes referred to as Cape Town, what better way to laugh with friends than over food? So I’ll do you a favor and skip the standard jabber about our exquisite beaches, beautiful people and the photogenic climb up Lion's Head, and I’ll get to the good stuff—food.
One thing is for certain; you will never go hungry in Cape Town. Not because there are hundreds of eateries, but because we are the gastronomic capital of the country for a reason.
Get Citizine Updates Here

Let’s start with South Africa’s main food group: bacon. We love our bacon and take it rather seriously. Wrap it around a wooden skewer and grill it on the braai? That is an absolute must. Mash up an avo, spread it on toast and top with lashings of crispy bacon? You won’t have to ask us twice.
This is why we think so fondly of Richard Bosman and Justine Seymour—two people who took the bacon situation seriously and opened up the essential Bacon on Bree in April 2015. They refer to themselves as the “baconporium,” and one glance at the menu settles any debate about that.
Bacon on Bree offers the ever-approachable BLT and a bacon butty for UK expats needing a taste of home, but it doesn’t stop there. Why not try out the ‘Harvey Specter’ or ‘The Unicorn’ for a real treat? 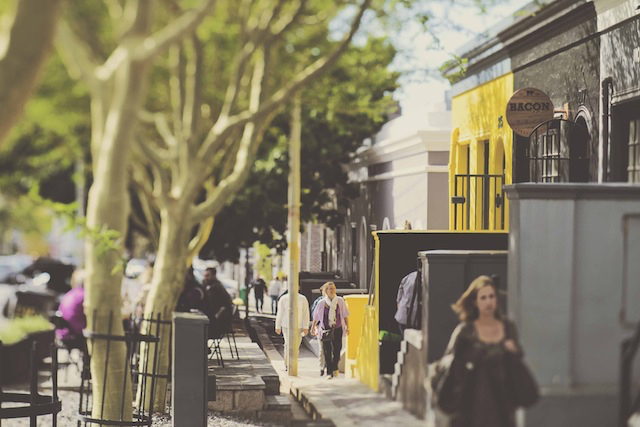 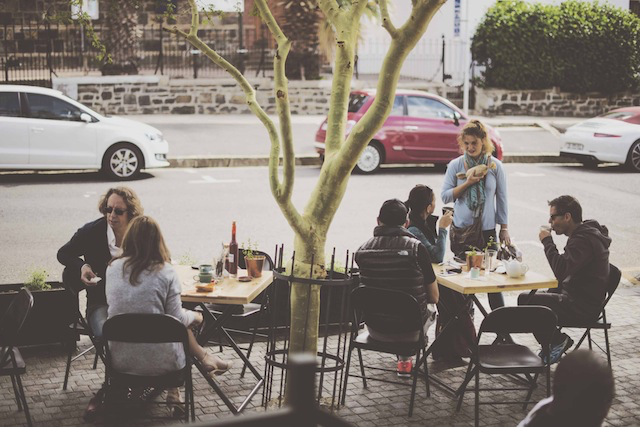 At Bacon on Bree, you can enjoy some wine with your bacon! 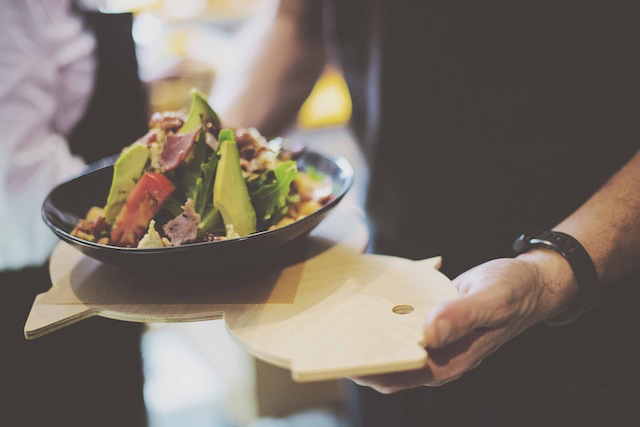 Even the serving trays are pigs-shaped.

Thankfully, Bacon on Bree is licensed to sell alcohol, so you can enjoy some of the brilliant wines of the Cape, or delve into Cape Town’s incredible selection of craft beers to complement your bacon experience.

Need more bacon? Jason Bakery is an institution on Bree Street that offers up bacon croissants and bacon sarmies (our word for “sandwiches”). What started as a little (and literal) hole-in-the-wall bakery selling sandwiches and coffee has become the go-to place any day of the week, and most notably on Saturday mornings. You see, at 10 a.m. on Saturdays, Jason’s brings out the doughssants. Yes, yes, New York started the cronut craze at Dominique Ansel Bakery, but Jason gives old Dom a run for his money with a slew of flavors such as “Snow White and The Cranberries” and “Earl Grey and Lavender Honey.” 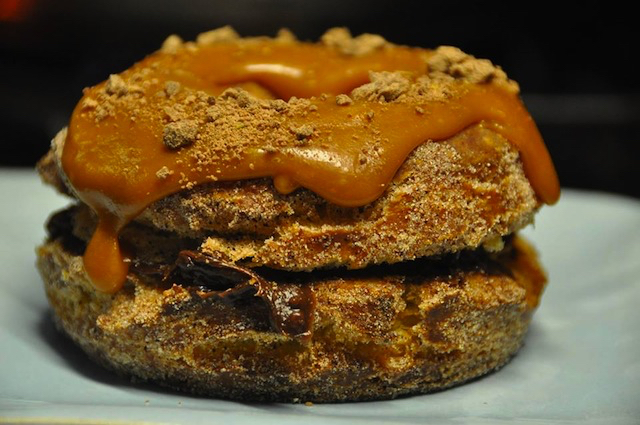 Jason's bacon doughssants give cronuts a run for their money. 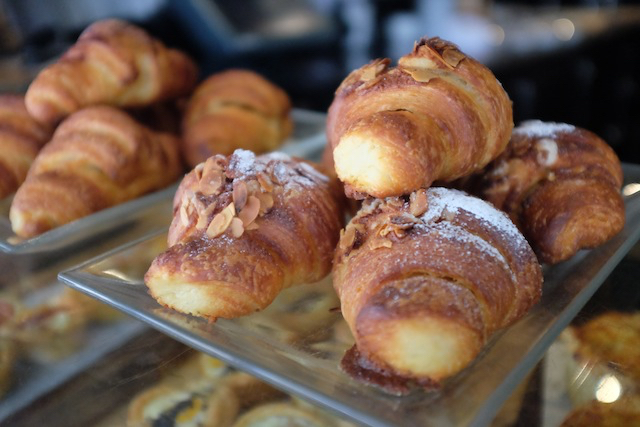 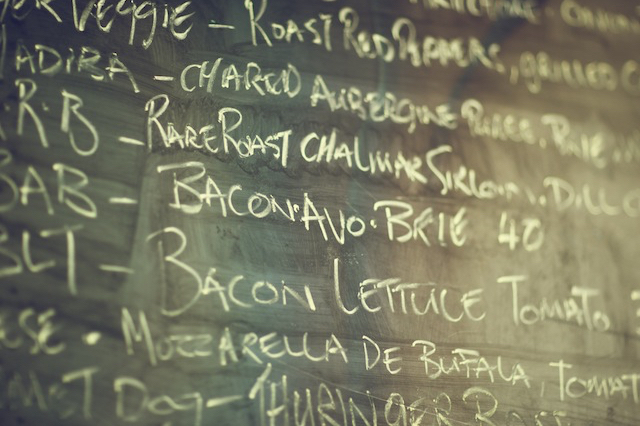 Bad news: There is no bacon at Hard Pressed Café. Cape Town has a large Jewish community, so it's only fair that Kosher keepers can eat their way across Bree Street as well.
Hard Pressed Café is known for having the best milkshakes and the most up-to-date vinyl collection in town. It’s packed around the clock with all types of people but always feels like home. Yaron, the owner, makes absolutely sure that your coffee is 100 percent perfect, every time.

There are a few lovely nighttime spots on Bree Street, such as La Parada, a hotspot for people watching that’s known for its tapas, wine list and sofa on the sidewalk. The glass windows fold away, providing a perfect view of passers by. There is no doubt you will bump into someone you know at La Parada (even if you only met them a few hours ago on the beach). Further up the road you’ll find Orphanage Cocktail Emporium. It’s a whimsical place with a speakeasy feel to it. At Orphanage, bartenders stir up concoctions that might just blow your mind back to the 1920s.
Get Citizine Updates Here 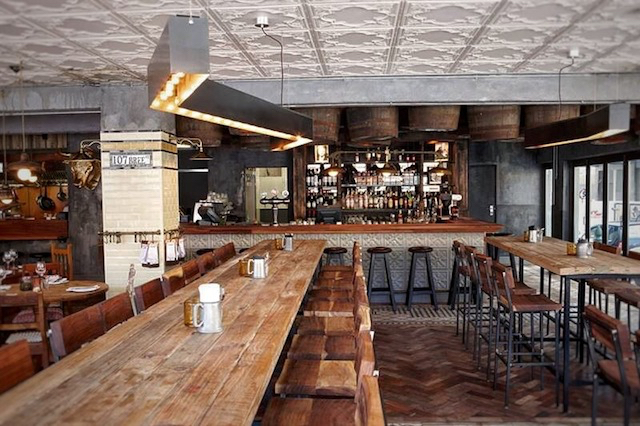 The interior at La Parada is as beautiful as their tapas. 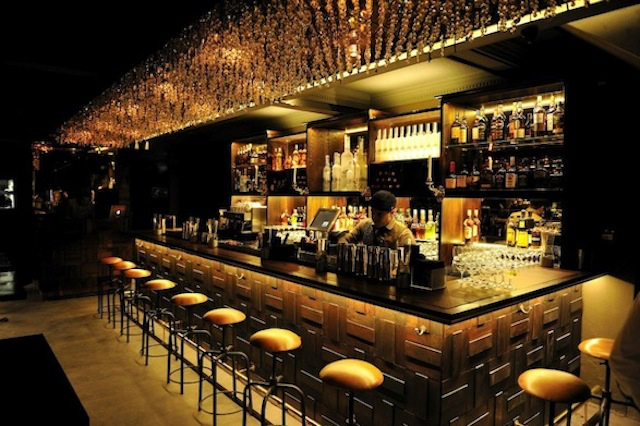 Orphanage Cocktail Emporium will take you back in time to the golden clubbing era of the 1920's.

You might have already figured out there’s really no reason leave Bree Street, but just in case you’re not yet convinced, I’ll share one extra tidbit with you. If you can arrange your itinerary so that you’re in Cape Town for the first Thursday of the month, your senses will be in for a treat. The wildly successful First Thursdays concept allows anyone and everyone to take in the cultural side of the city, with art galleries, museums and restaurants staying open later than usual, many of them on Bree. The community event  started a few years ago and has grown in popularity, even spreading to Johannesburg.
First Thursdays is a great way to explore the inner city by foot, meet locals and try new foods. It’s also fun to grab a bicycle, pedal through the city to different galleries and bars, and see where the night takes you. 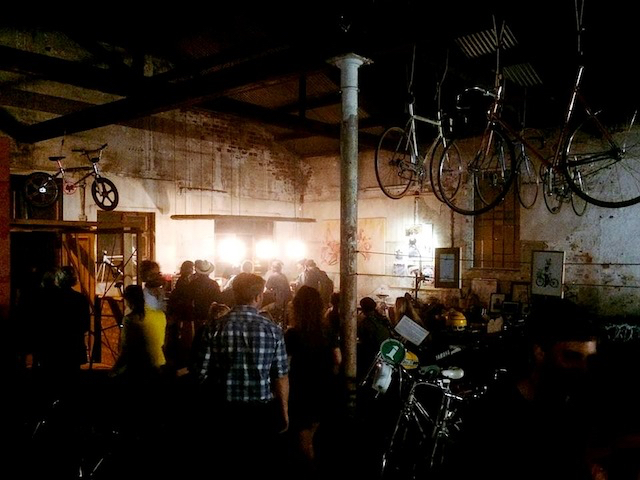 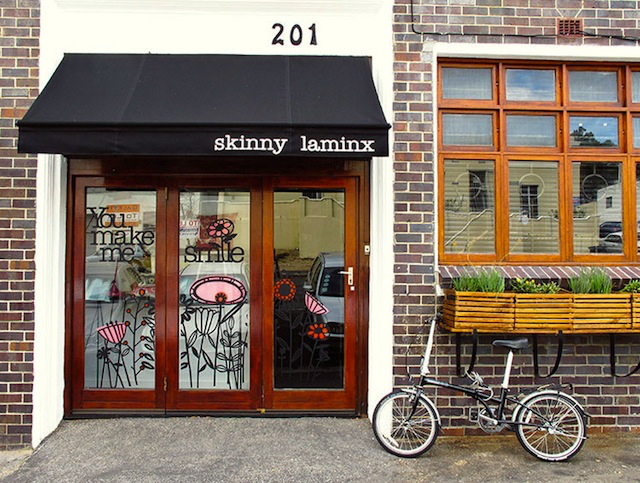 Get some local flavor by wandering the streets the first Thursday of each month. 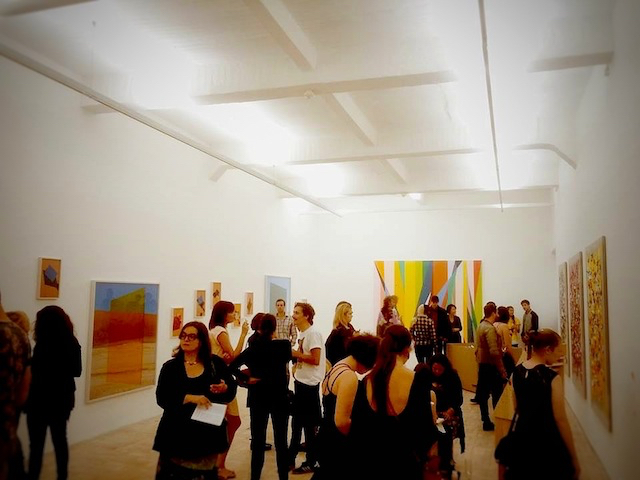 Alison Briceland is a bubbly-drinking, food-eating, photo-taking, wish-making city girl who suffers from wanderlust. She won't say no to an adventure (except for eating oysters ... she just cannot).

Finding Human and Spiritual Connection in South Africa with Gypset ...