Alexandra Velasco Wants You To Relax, It's Only Flesh

Mexican artist and recent Angeleno transplant, Alexandra Velasco is presenting the human body at the forefront of her work. “Clothing is optional, always,” Velasco tells Citizine.
Her work centers around both the political and performative body: how the body interacts with different environments, and our sometimes complicated relationship with our own body. "Every person has a unique relationship to their body," Velasco says. "We live in it every day, it informs how we interact with the world around us, and, in turn, the world with us.”
Get Citizine Updates Here
She expresses this creativity in a number of mediums. Certainly not one to put her ideas in a box, Velasco utilizes paint, video, and performance as vehicles for her voice. "I find inspiration in photography, film, and little moments in daily life—a walk, a swim, a kiss,” Velasco explains. Whatever the inspiration, the message she wants to share, and the medium she chooses to do it in, usually go hand-in-hand. "Sometimes I come up with stories that need to be told via moving image, or sometimes it's just a feeling I want to represent and I make a drawing of it."
Her latest project, Relax, it’s Only Flesh, has her painting life-sized torsos of women on the back of vintage denim jackets. Inspired by a photograph Velasco saw on Tumblr, she remembers borrowing some textile paints from a roommate and getting to work on what she would call “an otherwise typical day in Highland Park.”

The jackets—which she takes commissions for—depict breasts, stomachs, and arms in different colors, shapes, and sizes. In addition to serving as a vibrant fashion statement, Velasco says the pieces encourage a new perspective on nakedness. "I believe nudity is freeing. One can feel the breeze, the sun, and the raindrops everywhere on all of your skin. It’s a beautiful feeling.”

She adds, "Clothing is meant to be functional and expressive, not a tool of control and shame." 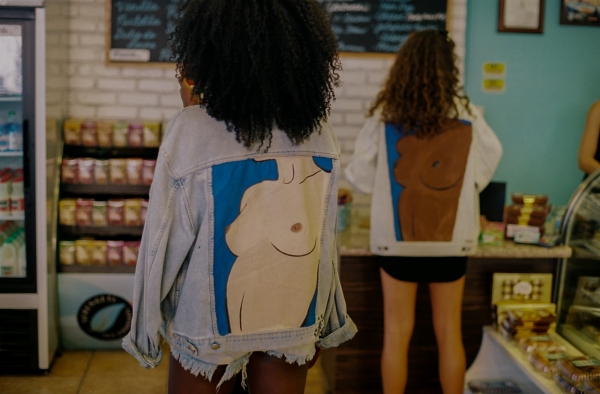 "Relax, It's Only Flesh" jackets by Alexandra Velasco, image courtesy of Camila Saldarriaga

Velasco has fostered this spirit of freedom and empowerment for the past several years, beginning her career as an artist in her native Mexico City. She describes the art scene there as “incredibly fun,” but “pretty small,” which in turn, made for some intimate collaborations. While living with artist Sofia Ortiz in the San Miguel neighborhood of the city, the two used their apartment as an open studio—an opportunity for engagement. “We curated the whole entire house/studio into an exhibition with friends, where we had tattoos and video art, and our other roommate, Kris Berle, played and it was incredible.” She says the gang of artists went out into the streets on beer runs and brought back everyone they encountered along the way who wanted to join in. They even announced it on the local radio. "I mean there are those kinds of opportunities, because [Mexico City's art scene] is so fresh, there are less rules."
Her jump from Mexico City's small, yet tight-knit, art community to Los Angeles has been a beneficial change of pace, ultimately. "I find myself creating work that is brighter," Velasco says. "Maybe it’s because of the blue skies and golden evening light. I also find myself able to support myself with my artwork in LA, which has been an awesome thing to realize."
Since arriving, Velasco has connected with a number of musicians and festivals in the LA art scene. She’ll be curating art and social media graphics at Sunstock Solar Festival, a solar-powered zero-waste block party, on October 20th.
In the meantime, she’s here to recommend some of her favorite womyn-operated art spaces in the city, all of which will help you march forward into a power of your very own. 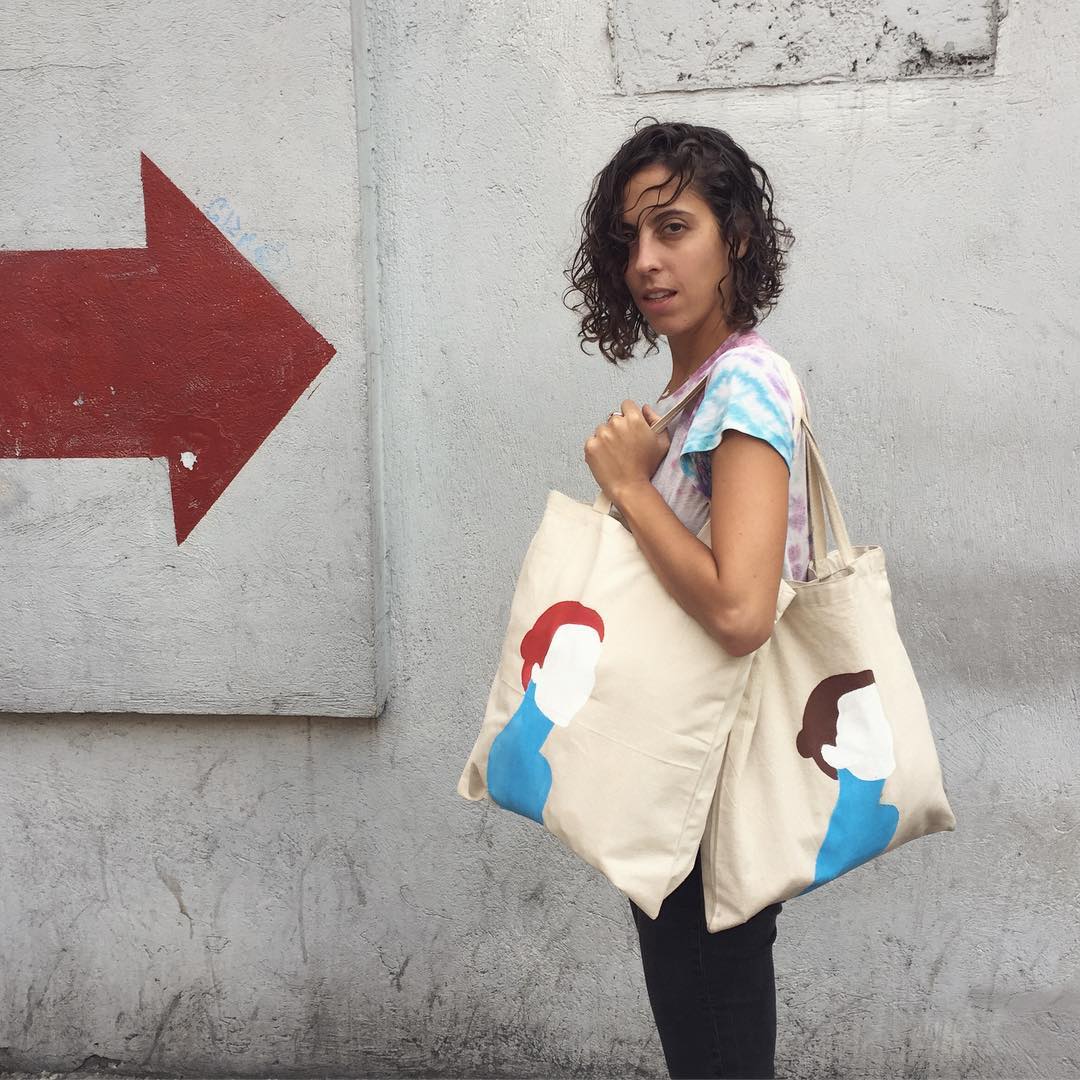 Fashion District
Alexandra Velsaco: Mothership is a yearly festival and summit for female-identified folks led by Laura Wise and friends. I got involved with them last year thanks to Negin Singh and had an incredible time there. Their fest last year involved camping for two days in the Coachella Valley with events, workshops, panels and a LOT of dancing. I was there painting jackets and totebgs for the attendees. In the course of this year I have gotten to know Laura more and have been involved in many of the events that Mothership organizes, which are all supportive of female-identified people. Mothership hosted the womxn-only campsite at Bonaroo and Laura even invited me to speak at an arts panel there, it was unforgettable.

Venice
AV: Yoni Circle is a space founded by Chloë Drimal that allows female-identified people to come together and share personal stories in a  safe and comfortable space. They also host awesome events and a co-working space in Venice.

DTLA
AV: Women Fuck Shit Up Fest is a rad fest that is led by female-identified folks and revolves around awesome independent and alternative rock and punk music. I had a booth there this past year where I created one of a kind tote-bags inspired by some of my favorite women activists like Erica Garner, Emma Gonzalez, Jasilyn Charger, Ilhan Omar and Berta Cáceres.

AV: Women's Voices Now is a film festival that tells stories about womxn all around the world. I co-wrote and co-directed a film called “The First of the Free Girls” with my friend Alexander Kahan, and we got invited by Leila Jarman (the creative director of the fest) to participate in the online festival and it was incredible. It is such an honor to have that platform share the story we created. The film tells the story about the time a girl get’s her first period and how society tells her she needs to act versus the kind of person she wants to become. Menstruation is a freeing thing, it should never be seen as shameful.

Highland Park
AV: Fruit Salad is an artistic collective bringing LA’s intelligentsia together for a monthly showcase of our latest and greatest creations and social movements. It is a beautiful way to spend your weekend, I have had a table there in the past and I have met so many beautiful and inspiring artists and creators. 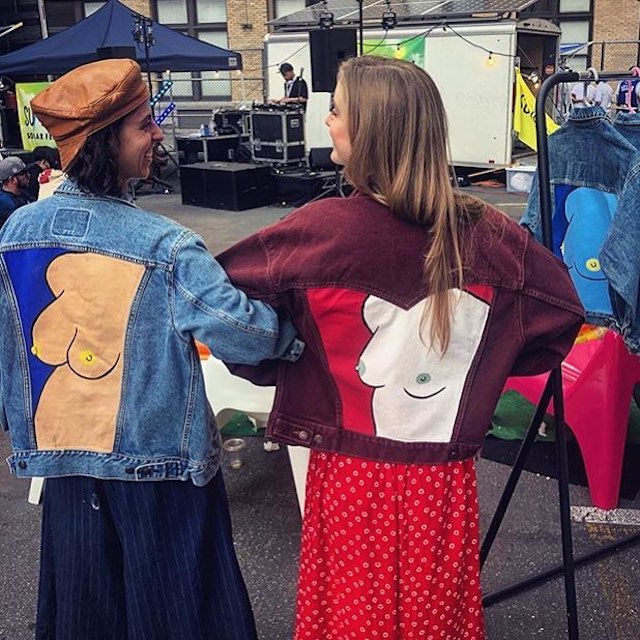 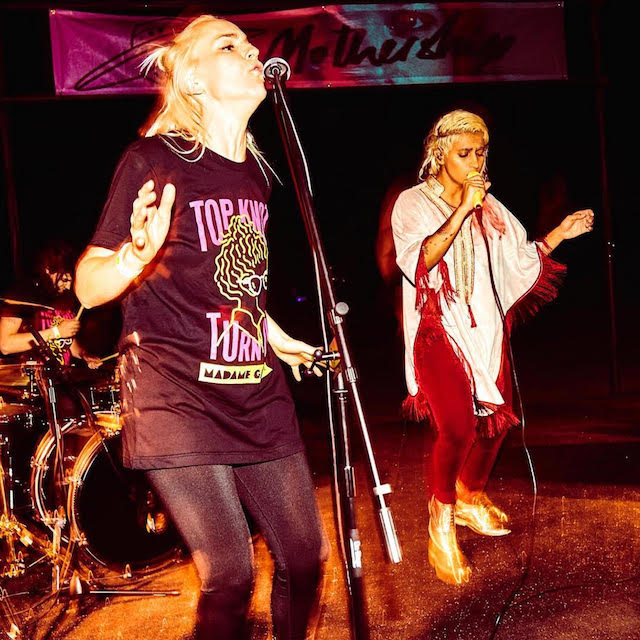 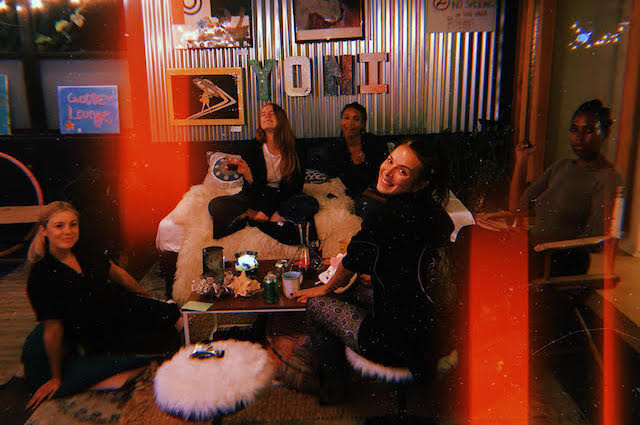 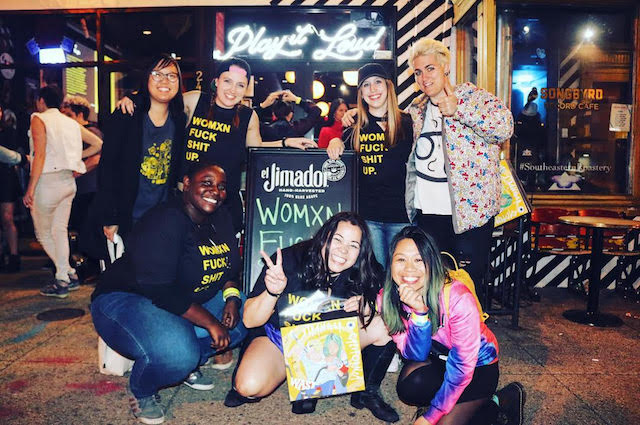 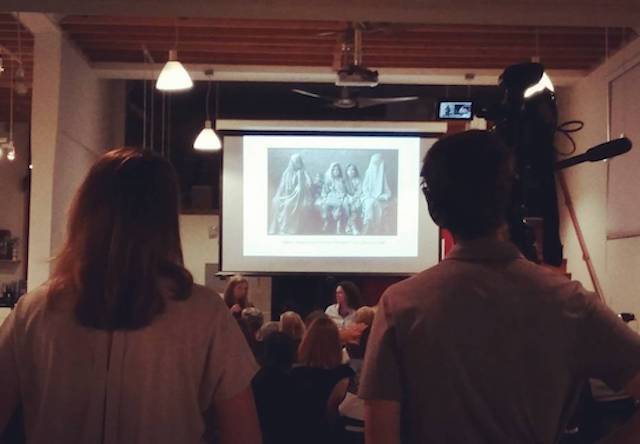 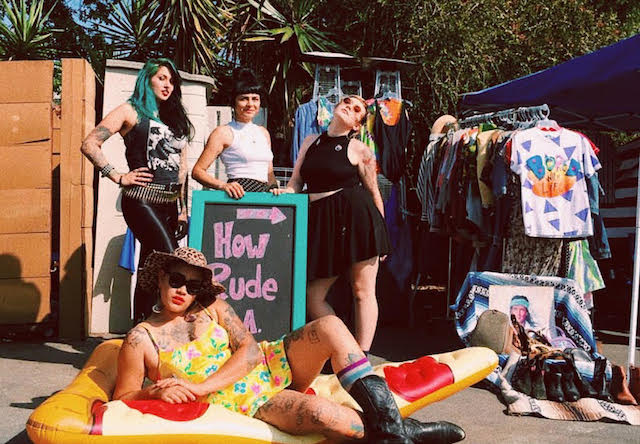